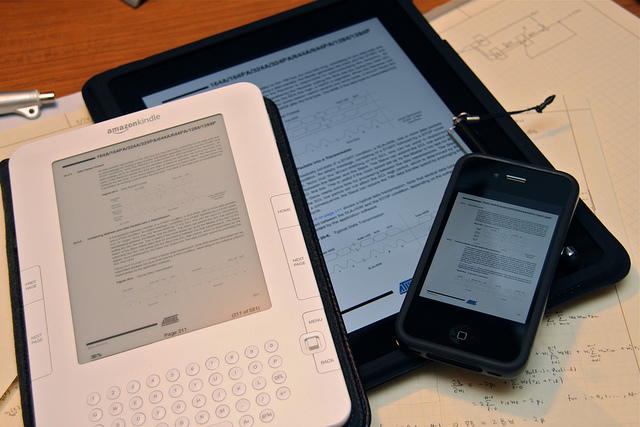 Jailbreaking Now Legal Under DMCA for Smartphones, But Not Tablets The Digital Millennium Copyright makes it illegal to “circumvent” digital rights management schemes. But when Congress passed the DMCA in 1998, it gave the Librarian of Congress the power to grant exemptions. The latest batch of exemptions, which will be in force for three years, were announced on Thursday.

Between now and late 2015, there will be five categories of circumvention that will be allowed under the Librarian’s rules, one fewer than the current batch of exemptions, which was announced in July 2010. The new exemptions take effect October 28.

The new batch of exemptions illustrate the fundamentally arbitrary nature of the DMCA’s exemption process. For the next three years, you’ll be allowed to jailbreak smartphones but not tablet computers. You’ll be able to unlock phones purchased before January 2013 but not phones purchased after that. It will be legal to rip DVDs to use an excerpt in a documentary, but not to play it on your iPad. None of these distinctions makes very much sense. But Congress probably deserves more blame for this than the Librarian of Congress.

The first exemption applies to “literary works, distributed electronically, that are protected by technological measures which either prevent the enabling of read-aloud functionality or interfere with screen readers or other applications or assistive technologies.” The work must have been purchased legitimately through “customary channels,” such that “the rights owner is remunerated.”

A similar version of the exemption was offered in 2010, but that one allowed circumvention only if “all existing e-book editions of the work contain access controls” that inhibit disabled access. Disability groups urged the Librarian to drop this restriction, arguing that “despite the rapid growth of the e-book market, most e-book titles remain inaccessible due to fragmentation within the industry and differing technical standards and accessibility capabilities across platforms.” That meant that the rule effectively required disabled users to own multiple devices—a Kindle, a Nook, and an iPad, for example—in order to gain access to a full range of e-books. The Librarian accepted this argument and allowed circumvention by disabled users even if a work is available in an open format on another platform.

Jailbreaking for iPhones but not iPads

What about tablets? No dice. The Librarian “found significant merit to the opposition’s concerns that this aspect of the proposed class was broad and ill-defined, as a wide range of devices might be considered ‘tablets,’ notwithstanding the significant distinctions among them in terms of the way they operate, their intended purposes, and the nature of the applications they can accommodate. For example, an e-book reading device might be considered a ‘tablet,’ as might a handheld video game device or a laptop computer.”

The Librarian ruled that “the record lacked a sufficient basis to develop an appropriate definition for the ‘tablet’ category of devices, a necessary predicate to extending the exemption beyond smartphones.”

In 2006 and 2010, the Librarian of Congress had permitted users to unlock their phones to take them to a new carrier. Now that’s coming to an end. While the new rules do contain a provision allowing phone unlocking, it comes with a crippling caveat: the phone must have been “originally acquired from the operator of a wireless telecommunications network or retailer no later than ninety days after the effective date of this exemption.”

In other words, phones you already have, as well as those purchased between now and next January, can be unlocked. But phones purchased after January 2013 can only be unlocked with the carrier’s permission.

Why the change? The Librarian cited two key factors. One is a 2010 ruling that held that when you purchase software, you don’t actually own it. Rather, you merely license it according to the terms of the End User License Agreement. The Librarian argued that this undermined the claim that unlocking your own phone was fair use.

Also, the Librarian found that there are more unlocked phones on the market than there were three years ago, and that most wireless carriers have liberal policies for unlocking their handsets. As a result, the Librarian of Congress decided that it should no longer be legal to unlock your cell phone without the carrier’s permission.

DVDs: Excerpts, but no space-shifting

The most complicated exemption focuses on DVDs. Between now and 2015, it will be legal to rip a DVD “in order to make use of short portions of the motion pictures for the purpose of criticism or comment in the following instances: (i) in noncommercial videos; (ii) in documentary films; (iii) in nonfiction multimedia e-books offering film analysis; and (iv) for educational purposes in film studies or other courses requiring close analysis of film and media excerpts, by college and university faculty, college and university students, and kindergarten through twelfth grade educators.” A similar exemption applies for “online distribution services.”

The Librarian also allowed DVDs to be decrypted to facilitate disability access. Specifically, it’s now legal “to access the playhead and/or related time code information embedded in copies of such works and solely for the purpose of conducting research and development for the purpose of creating players capable of rendering visual representations of the audible portions of such works and/or audible representations or descriptions of the visual portions of such works to enable an individual who is blind, visually impaired, deaf, or hard of hearing, and who has lawfully obtained a copy of such a work, to perceive the work.”

But the Librarian did not allow circumvention for space-shifting purposes. While public interest groups had argued that consumers should be allowed to rip a DVD in order to watch it on an iPad that lacks a built-in DVD drive, the Librarian concluded that no court has found that such “space shifting” is a fair use under copyright law.

Public Knowledge, one of the groups that had advocated the exception, argued that the Librarian’s ruling “flies in the face of reality.” PK’s Michael Weinberg noted that this reasoning implies that “every person who has ever ripped a CD to put on her iPod is a copyright infringer. Even the RIAA has recognized that such activity is, in their words, ‘perfectly lawful.'”

The space-shifting ruling is a good illustration of the fundamental brokenness of the DMCA. In order to convince the Librarian to allow DVD ripping in order to watch it on an iPad, a court would first need to rule that doing so falls under copyright’s fair use defense. To get such a ruling, someone would have to rip a DVD (or sell a DVD-ripping tool), get sued in court, and then convince a judge that DVD ripping is fair use. But in such a case, the courts would probably never reach the fair use question, because—absent an exemption from the Librarian of Congress—circumvention is illegal whether or not the underlying use of the work would be a fair use. So no fair use ruling without an exemption, and no exemption without a fair use ruling. A classic catch-22.

This “triennial review” process is broken in other ways as well. Exemptions apply to the act of circumvention, but not to the separate provisions prohibiting “trafficking” in circumvention tools. So blind people who happen to be programmers are now free to write their own software to strip the DRM off their Kindle e-books in order to have them read aloud. But most blind people are not programmers. And anyone who supplies a blind person with the software needed to strip DRM from e-books is violating the “trafficking” provisions of the law even if the customer’s use of the software is otherwise legal.

Finally, the case-by-case nature of the exemption process makes it inevitable that we’ll get arbitrary results. For example, there’s no logical reason why it should be legal to jailbreak an iPhone but illegal to jailbreak an iPad. But because no one presented the Librarian of Congress with a sufficiently precise definition of “tablet,” this illogical result will be the law of the land for the next three years.

Here’s a better approach: circumventing copy protection schemes shouldn’t be against the law in the first place. DRM schemes harm legitimate users more than they deter piracy. Indeed, as the phone unlocking example illustrates, many uses of DRM have nothing to do with copyright infringement in the first place. Rather, they’re a convenient legal pretext for limiting competition and locking consumers into proprietary products. We shouldn’t be using copyright law as a backdoor means to give such anti-competitive practices the force of law.