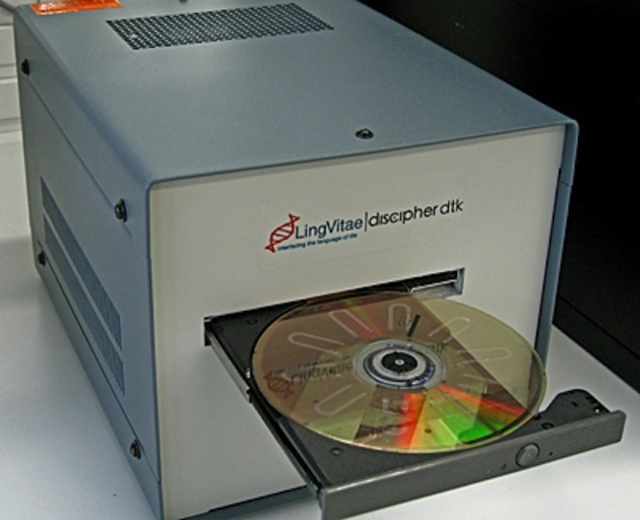 A DVD drive could be the next revolution in blood analysis, according to a team of researchers who have turned the mundane object into a laser scanning microscope, reports PhysOrg. The “Lab on a DVD” technology repurposes the laser, normally used to scan physical media like CDs and DVDs, into a cost effective and efficient cellular imaging tool. The research team reports that this tool can complete an HIV blood test analysis in only a few minutes, whereas laboratory results from blood tests today can take several days. Such blood analysis testing is traditionally performed on machines that cost around $30,000, but the team’s DVD analysis tool could be produced for less than $200.

The major modifications needed to transform a commercial DVD drive into the blood analysis tool are relatively simple. ExtremeTech reports that two physical changes and a software alteration are required. A light sensor capable of reading information from blood samples is needed to replace the traditional one that reads CDs and DVDs, and a semi-translucent disc is necessary to hold the sample being analyzed. This disc must be customized for each specific disease however, allowing the disease being analyzed to bind to it. The Lab on a DVD technology was published in Nature this week, and its low associated costs could assist in the testing of HIV and other diseases in developing countries that are unable to widely afford the more expensive equipment.