Google Chief Executive Larry Page is keeping himself pretty busy these days. After the merger of the Chrome and Android teams, Page today announced the separation of the company’s mapping-and-commerce unit. On Wednesday, Google combined the team running Google’s Chrome Web browser and Chrome OS with that of the Android mobile-operating software with Android  chief Andy Rubin moving to a new unspecified role at the company. Sundar Pichai, who ran the Chrome group, will take over Android in addition to his duties at Chrome.

While all this just seemed to settle down, Page today announced the separation of the company’s mapping-and-commerce unit. Google executive Jeff Huber, who led that group, will join Google X, which currently is overseen by Google co-founder Sergey Brin and works on projects such as self-driving car technology and the Google Glass wearable computing device. According to Wall Street Journal and sources close to this move, it seems Page’s goal is to improve the pace of “execution” at the Internet behemoth and to create “one consistent, beautiful and simple Google experience” that unites all of its services for the benefit of people who use them.

With the new separation, the mapping products will now become a part of the Search team, also known as “knowledge.” The commerce unit—a big part of which is dedicated to developing products to attract advertising dollars from local businesses—will become part of Google’s advertising-products group, which develops automated systems that help sell ad space on Google sites and millions of non-Google sites across the Web.

A whole lot of changes this week for Google then, apart from killing the Google Reader. 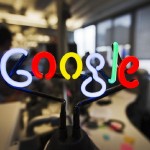