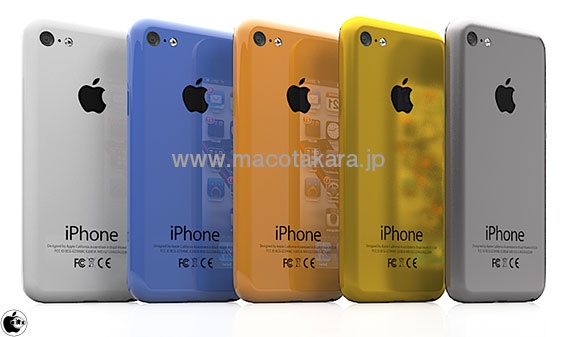 Macotakara has released a report with new details on a number of upcoming products, including the rumored low cost iPhone, the iPhone 5S, and the iPad 5. Citing information from several different sources, the site suggests that the low cost iPhone may ship in a number of different colors and that it will begin trial production soon. Apple’s rumored low cost iPhone is said to be targeted at emerging markets, carrying a price tag of approximately $350-$400 without subsidies. To facilitate a lower price tag, the phone is rumored to have a polycarbonate shell.

As for the iPhone 5S, Macotakara believes that it too will come in multiple colors. Previously, the site suggested that it would ship in three different colors, including the original black and white, but now says that additional colors might be offered, namely gold and green.

The design of the iPhone 5S is rumored to be largely the same as the iPhone 5, but Macotakara’s sources say that it will sport a dual-LED flash and that the rear microphone hole will become circular instead of pill shaped, placed between the camera and the flash.