As the world surges ahead with advances in Artificial Intelligence (AI), with the US and China in the lead, where does India stand? According to a report by Indian government’s think tank, Niti Aayog, “National Strategy for Artificial Intelligence”, India might be lagging behind, but strategies are being made to bring India at par with global AI progress.

The report recognizes AI’s potential to transform economies and the need for India to strategize its approach. The Niti Aayog has been mandated by the Finance Ministry in the 2018-2019 budget speech to establish the National Program on AI, aiming a guidance in the research and development in new and emerging technologies.

According to the report, NITI Aayog has adopted a three-pronged approach, which includes “undertaking exploratory proof-of-concept AI projects in various areas, crafting a national strategy for building a vibrant AI ecosystem in India and collaborating with various experts and stakeholders.”

In accordance with this strategy, starting this year, NITI Aayog has been partnering with many leading AI technology platforms to execute AI projects in areas like agriculture and health.

“Learnings from these projects, under various stages of implementation, as well as our engagement with some of the leading institutions and experts have given a better perspective to our task of crafting the national strategy for AI, which is the focus of this discussion paper,” the report said.

The document takes the position of going forward with India’s AI plans with a unique brand called, #AIforAll, implementing new AI technologies not only in India but also in other developing countries.

The five sectors with the most potential social benefits that the NITI Aayog has decided to focus on are healthcare, agriculture, education, smart cities and infrastructure, and smart mobility and transportation. The sectors chosen by NITI Aayog are according to the impact AI will have on them, and where “only private sector-led initiatives will not lead to achieving desired societal outcomes.”

While AI in healthcare entails increased access and affordability of quality healthcare and in agriculture, the aim is to enhance farmers’ income, increase farm productivity, and reduce wastage. The document’s AI-in-education goals involve improved access and quality of education. The plan for AI in smart cities and infrastructure aspires for efficient connectivity for the surging urban population, and smarter and safer modes of transportation and better traffic and congestion solutions.

Identifying the barriers that face India in deploying AI at scale, the report said that there is a lack of expertise in AI research and application, access to intelligent data, high-resource cost and low awareness for adoption of AI, data security including lack of formal regulations around anonymization of data, and a need for more collaborative approach to adoption and application of AI.

Citing the various challenges, the report says that according to the country-wise H-Index, a metric that quantifies a country’s scientific productivity and scientific impact, India’s rank is a ‘dismal’ 19th on the global scale. This indicates that though India is coming up with several research ideas, their application is not nearly enough.

Proposing a two-tiered structure, the report lays out a proposal to establish a Centre of Research Excellence (CORE), focusing on developing improved comprehension of already-existing core research and urging technology further by creating new knowledge, and a series of International Centers of Transformational AI (ICTAI), which would aim at developing and deploying application-based research.

Citing private sector collaboration as a key aspect of ICTAIs, the report said that by 2030, China and UK have estimated that 26% and 10% of their GDPs respectively will come from AI-related activities and businesses. AI policy activity in prominent countries in the last 18-24 months has been remarkable. The US published its AI report in December 2016, Japan in March 2017, and China in July 2017. While France published an AI strategy in January 2017 followed by a detailed policy document in March 2018, UK released an industrial strategy in November 2017.

AI startups have been blooming all over the world in the last five years, however, in spite of having the IT-expertise advantage, India hasn’t been shining that much. According to projection, only 22% of Indian businesses use AI in their processes. Indian startups have only been able to acquire USD 87 million in 2017. In contrast, in the same year, Chinese startups have acquired over USD 28 billion.

On a global scale, analysis shows that the healthcare sector has the most startups, while agriculture registers the least number. India’s strategy seems to be to cash in on sectors with the least AI development rather than competing in the hottest AI sectors.

In 2016, about 50 Indian agtech startups acquired USD 313 million. Examples include Intello Labs, which uses image-recognition software to monitor crops and predict farm yields; Aibono, which provides AI solutions to stabilize crop yields; Trithi Robotics, which is using drone technology to help farmers monitor crops in real time and provide precise analysis of their soil; and SatSure, which evaluates images of farms to project economic value of their future yield.

The report does not explore the potential problems of job losses posed by AI, which is significant considering India’s rising population. According to a study by EY and NASCCOM by 2022, approximately 46% of the workforce will either have jobs that don’t even exist today or will have jobs with radically changed skillsets. At the same time though, sectors like healthcare have been facing a lack of proper service for a long time. The reason for this is clearly lack of enough skilled personnel, an area AI can truly help out in. 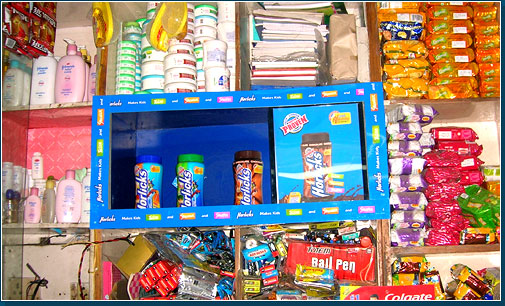 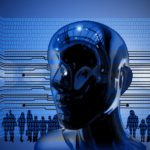