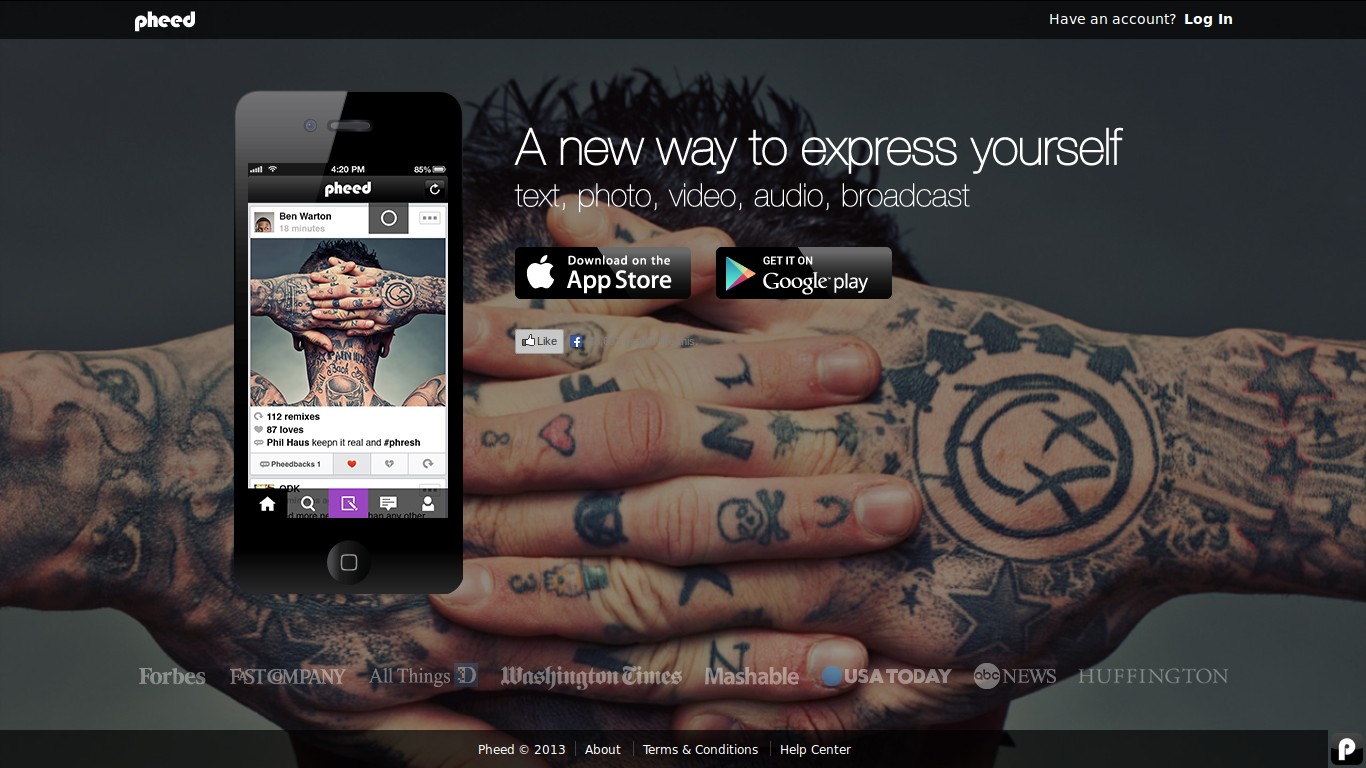 Pheed – The Next Big Social Craze spreading out Fast Celebrities like Miley Cyrus, Paris Hilton and David Guetta have already signed up for Pheed. Since soft-launching last week, more than a million users have signed up for the new service.

Pheed is the ultimate “mashup” of other sites, says Pheed cofounder and CEO O.D. Kobo. Kobo and his team “cherry-picked” what they liked best of their social media predecessors, and left out what bothered them, creating in Kobo’s opinion something both significant and simple.

The site features a Facebook-inspired “timeline,” trending topics ala Twitter, and the ability to easily incorporate photos, videos, audio and even live broadcasts into posts. Pheed allows users to “rate their channel” marking them as PG-13 or R based on the content you plan to produce. You can even share your “pheeds” back to Facebook, Twitter or any other blog.

Though the company says the app is not just for teens, Pheed told the user base is 81% between age 14 and 25.

Both a website and a mobile app, Pheed is currently available for free online and via the App Store.