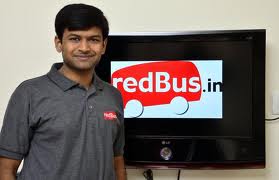 redBus.in, the online bus ticketing portal has been acquired by South Africa based Naspers group for INR 800 crores ($138 million), as reported at nextbigwhat.  ibiboGroup is owned by MIH group-the Internet arm of Naspers and the Chinese Internet company Tencent. This acquisition would bring redbus.in under ibibo group.

Bangalore-based Pilani Soft Labs, the holding company of RedBus, has existing investors like Helion Venture Partners, SeedFund and Inventus Capital who may exit fully or partly in the latest deal. Helion and SeedFund declined to comment on the story.

“redBus was in the market to raise funds for over a year. They came very close to raising another round, but the valuation was too steep at the time,” said an investment banker who did not want to be named. Earlier reports had indicated that the company was looking to raise about $20 million from private equity players.

Nasper’s Indian arm also holds investments in travel portal Goibibo along with a clutch of online payment gateways like Payu.in and Payupaisa. The other local investments of MIH include Tradus and IbiboAds. Naspers may be looking to build a bigger story around redBus and Goibibo in the domestic online travel industry , which is expected to see consolidation in the near future.

As ibibo’s entry into travel has been well received, it makes perfect sense to acquire redBus. As of today, redBus is one of the most trusted option for bus travel, thus this could make ibibo more monopolized in the arena of travel via buses.

According to the details, Phanindra Sama, the CEO of redBus might no more be the CEO, and the head team would be handled by the Naspers team. We shall keep you updated once official announcements are made regarding this acquisition.