Well, it’s finally here. Sort of. It’s been a long and winding road for BlackBerry 10, and as has been RIM’s way, the company continues to out new BB10 details just a bit at a time. As you may recall, we got a good look at RIM’s original Dev Alpha hardware back in May, and were able to swipe our way through a good bit of BB10 a month later. It’s BlackBerry Jam time now, though, and RIM gave us a more thorough look at the OS than ever before, and we got to see it running on a new Dev Alpha B handset. We couldn’t pry loose any details about the hardware inside the new dev phone (other than it’s got a BB10-standard 1280×768 screen), but we did get a few fresh facts about the software running on it. Once again, RIM reminded us that the software we saw was not the final version, but that shouldn’t deter you from reading on past the break and seeing a video of BB10 in action.

Video Via: The Verge

The UI remains largely unchanged from our previous encounters, though there are a few previously unseen highlights. It’s still a three-element UI, with a central home screen showing running applications, an app grid, and the BlackBerry hub — a feed of time sensitive notifications from email, calendar, BBM, social apps and more. The home screen hosts a maximum of eight active updating apps. Thanks to BB10’s QNX underpinnings, users can have many more applications running, but the home screen only shows the eight most recent “to deliver an optimum user experience” (translation: allowing more live tiles would prevent things from running smoothly). BlackBerry hub is accessible at any time from within any app using a two-stage gesture — swiping up from the bottom of the screen lets you peek at your notifications, and swiping to the right drops you into the hub where you can interact with those messages. It also bears mentioning that users can deal with the alerts from the feed directly within the hub, so no other apps need be launched to change a calendar appointment or reply to an email. Oh, and its API is wide open, so devs can tailor the hub to house notifications from any and all apps of their choosing.

BB10 also provides users with personal and work profiles, and has the ability to run apps from both simultaneously while keeping the data from each profile separate. That means that IT pros can set security parameters as strict as needed per corporate policies, but users still have the freedom to dilly dally at their time wasting websites of choice. Don’t believe us? See BB10’s split personality along with the host of newly revealed features in our video walkthrough. 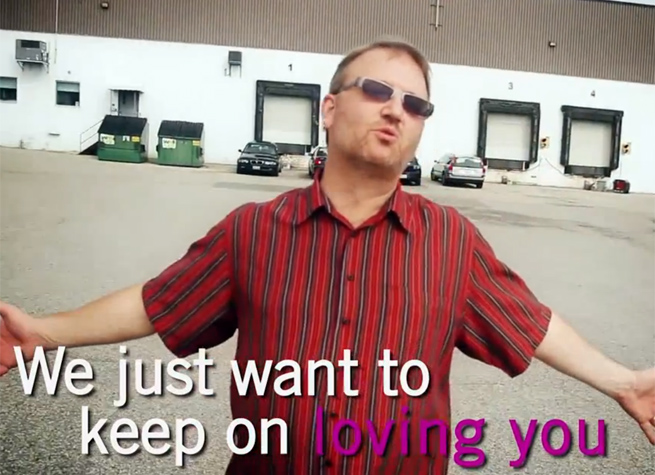 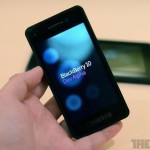