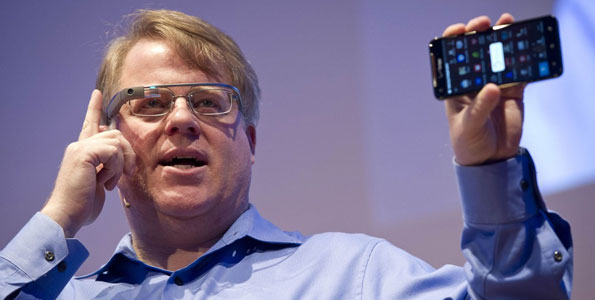 Robert Scoble had published a review of his Google Glass a few days ago which he updated recently. After using it for two weeks, he says he is never going to spend a single day without having something like that. This is a brief of what he had to say:

1. I will never live a day of my life from now on without it (or a competitor). It’s that significant.

2. The success of this totally depends on price. Each audience I asked at the end of my presentations “who would buy this?” As the price got down to $200 literally every hand went up. At $500 a few hands went up. This was consistent, whether talking with students, or more mainstream, older audiences.

3. Nearly everyone had an emotional outburst of “wow” or “amazing” or “that’s crazy” or “stunning.”

4. At NextWeb 50 people surrounded me and wouldn’t let me leave until they had a chance at trying them. I haven’t seen that kind of product angst at a conference for a while. This happened to me all week long, it is just crazy.

5. Most of the privacy concerns I had before coming to Germany just didn’t show up. I was shocked by how few negative reactions I got (only one, where an audience member said he wouldn’t talk to me with them on). Funny, someone asked me to try them in a bathroom (I had them aimed up at that time and refused).

6. There is a total generational gap that I found. The older people said they would use them, probably, but were far more skeptical, or, at minimum, less passionate about the fact that these are the future, than the 13-21-year-olds I met.

Robert Scoble’s Google Glass unit was a major talking point at this year’s The Next Web Conference Europe.

Here is what he had to say there: