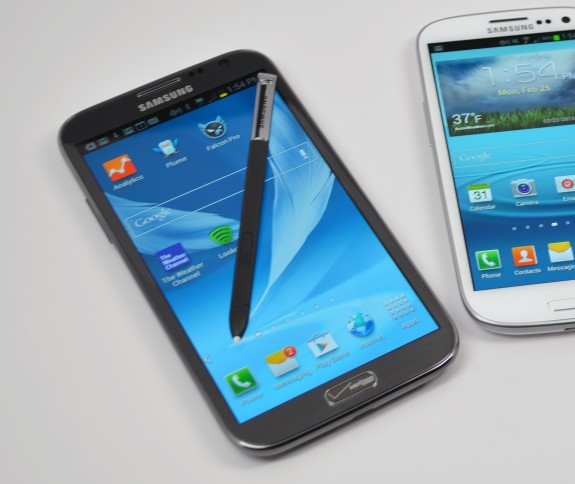 Big, bigger, biggest, mega, the new Galaxy Mega smartphones are upcoming. According to SamMobile, a source of almost every solid Samsung rumor, Samsung is planning to launch a new line of Galaxy smartphones, which will be known as Galaxy Mega.

Folks at SamMobile have been told by some sources they trust to the end of the world is that not one, but two Galaxy Mega smart devices will be revealed before Summer’s end. The first of these devices comes in at a lovely 5.8-inches while the second – once again bridging the gap between smartphones and tablets – will be bringing on a monstrous 6.3-inches of display real estate.

This display size matches with rumors of the Galaxy N0te III.

It would be strange to see Samsung release a Galaxy Note 3 with the same or similar screen size to these new Galaxy Mega devices. So it could be that previous reports that attributed these screen sizes to the Galaxy Note 3, were actually the sizes of these two devices.

So that leaves some different possibilities on the table.

If these devices are real, would you consider buying them? Tell us about it in the comment box below.