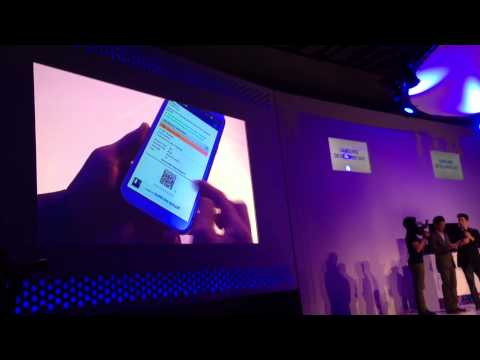 The Wallet app also provides time and location-based push notifications so that it can alert users as to when they can use the passes stored in their wallet. Third-party developers will be able to integrate with Wallet to easily let users add passes and tickets to the app, but any app integration has to be approved by Samsung.

Samsung showed-off a lot of features during the developer conference at the Mobile World Congress and a lot of it showed inspiration from Apple’s Passbook app especially the design. Currently the Wallet app does not support NFC functions which Samsung justified by saying that retailers prefer barcodes over NFC because they don’t have to install any new infrastructure to support it.

Currently, Wallet is only available as a preview for developers, who can download the SDK and API guides for it now, and the app itself will be available in Samsung’s app store in the near future. Samsung says that it has lined up partnerships with Walgreens, Belly, Major League Baseball Advanced Media, Expedia, Booking.com, Hotels.com, and Lufthansa for the app’s launch, and it plans to bring more partners on once the app is actually available.

Also, Samsung will be launching the new Galaxy S IV on March 14th where they will be displaying a lot of new features for sure.