WhatsApp, the immensely popular mobile chat application having 450 million+ users have been finally bought by Facebook for $19 billion or Rs 1,14,000 crore in cash and shares.

Mark Zuckerberg termed WhatsApp services as “incredibly valuable” as he announced Facebook’s largest acquisition till date. Out of 450 million users of WhatsApp, 70% users are active daily as their messaging volume is now close to global telecom SMS volume. The growth of WhatsApp is tremendous as 1 million users are added daily on its platform.

On a conference call to talk about this new development, WhatsApp co-founder Jan Koum says he plans to operate the firm “independently and autonomously”. He will also become a member of Facebook’s board of directors.

“We’re excited and honored to partner with Mark and Facebook as we continue to bring our product to more people around the world,” Jan Koum said in a statement.

As per insider sources, this deal was finalized in a matter of 11 days.

WhatsApp has around 50 employees, and once the deal has been finalized, Mr Koum and co-founder Brian Acton are set to become Silicon Valley’s newest billionaires. WhatsApp makes money by charging $1 per year to its 450 million plus users, although most of them run this free. Mark said that as of now, they don’t have any plan to place advertisements on it’s platform saying that ads are not the best ways to monetize a chatting platform.

Previsouly, Instagram was the costliest acquisition for Facebook when they bought it for $1 billion. They had even tried to acquire Snapchat for $3 billion, which didn’t materialize.

But, in all counts, $19 billion shopping of WhatsApp by Facebook is considered by several technologists as one of the biggest deal Silicon Valley has ever seen.

Cloud Based Enviornment For Education in India: CourseKart.com 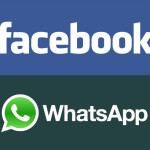