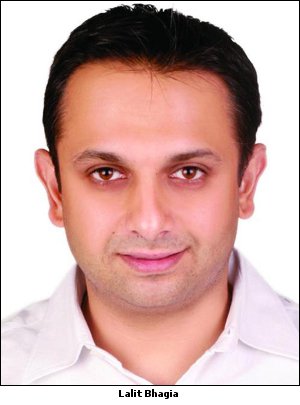 Lalit Bhagia, vice-president and head, Digital (internet and mobile) at STAR TV has quit and will his entrepreneurial journey in the digital media domain.

The news has been confirmed by Afaqs who report that Lalit will serve his notice period till the end of March before starting his new venture. Bhagia joined STAR India, a wholly owned subsidiary of News Corporation, in 2010. As head of the digital business, Bhagia was responsible for all internet and mobile initiatives for the network, which include the star player video platform (www.startv.in), on-deck and off-deck mobile VAS initiatives and various channel websites and portals (indya.com and starboxoffice.com).

Beyond this, Bhagia also led all digital marketing initiatives for the STAR network. Having worked across industries like entertainment, education, sports, technology and marketing services, Bhagia has more than 12 years of global experience in the domain. Before joining STAR, he was EVP and head, Asia Pacific for Digitas, part of the Publicis Groupe. Bhagia began his career as an entrepreneur running his own dotcom venture and has also worked for Indiatimes and NIIT.

Prior to joining STAR TV, he was executive vice-president and head of APAC at the digital agency Digitas (part of the Publicis Groupe) for about eight years. He is reportedly resigning to begin his entrepreneurial journey and is looking to set up a new venture in the digital space.

Bhagia began his career as an entrepreneur and started www.service4u.com, which was angel-funded by Sherman International and was shut down later. He then worked with companies such as Times Internet Ltd and NIIT.