The Story Of Adku, And Why Andrew Mason Isn’t The Problem At Groupon

In February of this year, Groupon acquired Adku, an e-commerce data targeting startup staffed with a whip-smart technical team. It was one of a series of acqui-hire deals Groupon executed as part of its strategy to staff up its Silicon Valley office with the best engineers money can buy. At a deal price that was reportedly more than $10 million and instant access to a massive new data set thanks to Groupon’s huge customer base, the Adku guys presumably had many reasons to smile and stick around.

But within two months — and this has not been reported in the press to date — all three of Adku’s founders were gone. They had all walked away from Groupon (and, sources say, a huge chunk of the deal’s earn-out money) by April 2012.

From what I understand, this was not something in which Groupon was complicit. It wasn’t a mutual split or a major clash of personalities. The higher-ups at Groupon tried their best to make the Adku folks change their minds and stick around.

But it was of no use. After a few weeks at Groupon Silicon Valley, it seems, the founders of Adku had just looked at each other and realized this was not where they wanted to be. There was nothing anyone at Groupon could say or do to make them stay. According to their LinkedIn profiles, the three have all since accepted jobs at Square.

It’s just one dramatic example, but it’s a signal of the major talent retention issue Groupon is facing. The Adku guys aren’t the only promising staffers who have walked out the door at Groupon in recent months.

Groupon Silicon Valley was meant to be the nexus to the company’s future; taking it from trendy daily deals darling to a finely tuned data-driven e-commerce giant. But if multi-million dollar pay packages and great perks can’t ensure that smart engineers and business people will stick around, making that conversion could be an issue. This matters from an investor perspective because Groupon’s worth had been valued in the run-up to its IPO as if it were a cutting edge Internet firm, not a discount retail company — and right now, it seems, Wall Street isn’t so sure what to make of it.

A CASE FOR MASON

Now here’s the thing. There is one single common point that I’ve heard made by people familiar with recent Groupon departures: Andrew Mason was not the problem. In fact, I’ve been told that for many people, Andrew Mason was the only thing that kept them around at the company for as long as they were there. Through the years, Mason has been seen by many at Groupon as a product visionary and a solid guy — someone who is trustworthy and respectable. Someone for whom many people are rooting.

So it’s interesting that Mason is reportedly on the outs with Groupon’s board of directors and being blamed for the company’s recent stock market slide. Yes, as CEO he is ultimately responsible for the company’s performance — it only makes sense that his status would be questioned by the board at some level. He himself has acknowledged this. No matter what, the buck for all company issues does stop at the chief executive.

But if many people on Groupon’s board are seriously angling for him to be ousted, it could have repercussions throughout the company when it comes to the existing issue of talent attraction and retention. For many key Groupon staffers, Mason is seen as one of the company’s few saving graces, not its problem.

Of course, what is the problem is a bit harder to pinpoint. The common complaints I’ve heard from a talent attraction and retention perspective are about Groupon’s culture — people say there is too much bureaucracy, things move too slowly, on the engineering side there isn’t a high-energy optimistic feeling of hustle and drive.

Maybe Groupon can cut the bureaucracy and punch up the pace by bringing on a strong operator, someone who really understands talent, technology, and especially Silicon Valley. Maybe it’s something else. Maybe not. Groupon could well be just a bad business model that can’t be saved no matter what.

But it seems unlikely that removing Andrew Mason will solve everything. Actually, at a time when retention is already an issue, firing someone who is by many accounts well-liked by Groupon’s rank-and-file as well as middle and senior managers could do more harm than good.

A STATEMENT, BUT NOT NECESSARILY A SOLUTION

When a stock slides by 80 percent, some people — especially Wall Street investors — want to see heads roll. A young, big personality CEO such as Andrew Mason could certainly serve as a convenient fall guy. Absolutely. Maybe he himself is even ready for a break. But while a high-profile dismissal might make for a strong statement, it is not necessarily a real solution. In this particular case it could only make things worse, especially if no other actions are being taken. 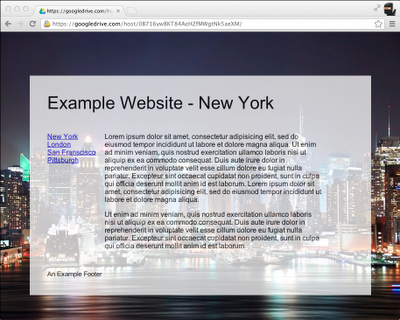 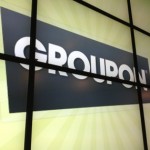 The Story Of Adku, And Why Andrew Mason Isn’t The Problem At Groupon