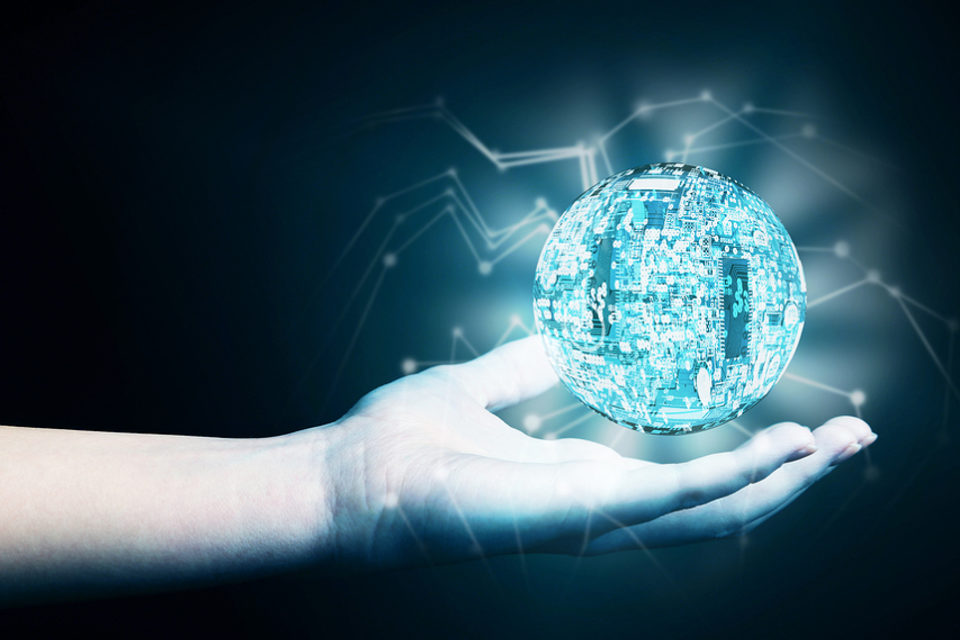 The Tech Panda lists six tech startups that are rocking the ecosystem.

Indian startups are some of the most hardworking, contributing to an ecosystem with the aim of creating a successful venture while solving pain points in the society and markets. Many tech startups are easing life by digitizing various aspects of it.

Tech startups are also using various technologies to amp up the startup game for Small and Medium Businesses by offering them means to conduct businesses with ease.

The Tech Panda lists six tech startups that are rocking the ecosystem.

Testsigma is an open-source, low-code, extendable test automation platform that works out of the box to enable everyone in the team to rapidly develop, execute, and analyze end-to-end tests for web and mobile apps, and APIs in plain English.

What we’re trying to do at Testsigma is not just simplify test automation to speed up the testing, but also make it a sustainable, scalable process in which the tools don’t require ongoing maintenance, freeing up the teams to focus on value delivery instead of building and maintaining scripts and frameworks

Rukmangada Kandyala, Founder and CEO of Testsigma, says, “Today’s test stack has made test automation more about writing and maintaining scripts than about taking quality software to market as quickly as possible. What we’re trying to do at Testsigma is not just simplify test automation to speed up the testing, but also make it a sustainable, scalable process in which the tools don’t require ongoing maintenance, freeing up the teams to focus on value delivery instead of building and maintaining scripts and frameworks.”

The test automation market is growing at a healthy 20% year-on-year and it will be a US$50 billion market by 2025. Currently over 80% of the companies are building their custom test automation stack from scratch, according to a World Quality Report(21-22) over 63% of these are looking for smart testing solutions to speed up the releases.

With an increasing focus on automation and DevOps, software delivery is faster than ever before. Automated testing is essential for balancing software quality with the accelerated velocity of release cycles, but because the toolchain that is supposed to enable automated testing has many moving parts, test automation becomes a parallel development project in organizations. They also have huge upfront and ongoing resource, tech, and expertise costs.

Testsigma’s open-source test automation platform is designed to replace the entire broken test stack and enable modern software development teams to test and release products quickly, continuously, and at scale. This is a problem modern engineers have wanted solved for a long time, and hence the large-scale interest in Testsigma.

Runo delivers the functionalities of a full-function Customer Relationship Management suite, all built into a mobile app, with products ranging from Call Management, sales CRM, collection CRM to POS CRM. The features can be customized as per the industry sector and the specific services offered by each business. From Business calls, to emails, to meetings; every interaction and every prospect can be tracked till closure along with real time management reporting.

Rajsekhar Pattnaik, Founder and CEO, Runo, says, “What differentiates us from others is our easy to use user-interface, ease of work from home and track team’s performance virtually. We believe our services are at par for the businesses which are affordable yet powerful.

“Our CRM app is loaded with features ideal for telesales, tele calling and call centres. From business calls, to meetings, to emails, every interaction along with every prospect is tracked with closure with real time management reporting. We have witnessed a huge acceptance from businesses across sectors and believe that India is a high potential market for us.”

The SIM based call management CRM is a new concept and there is no major competition in the same space. It provides simple API integration and complements both the CRM as well as the cloud telephony.

LambdaTest’s core test execution platform allows users to test their websites and apps on over 3,000 different combinations of browsers, operating systems, and their many versions, and also real devices.

Testing of digital assets is important for businesses as they have little to no control over the preferences of their customers when it comes to phones, browsers or operating systems. Hence to provide a seamless customer experience businesses have to be on top of their testing game.

More importantly, with the ever-increasing pace of innovation in the digital world, testing is shifting left, which means that software testing is performed from the very early stages of product development and involves both developers and testers (QA), as compared to the earlier ‘waterfall’ model where testing was the last step before the product launch. This increasing need has made businesses yearn for cloud-based solutions that have been optimized for speed, performance, and reliability.

Hands-on experience in the field of enterprise testing made Asad Khan, CEO, LambdaTest, realise the need for an integrated software testing platform that is both scalable and flexible enough to help developers perform all types of testing. They started by launching a scalable browser compatibility testing platform LamdbaTest.

Khan says, “We are razor focussed on making the lives of developers and QA teams easier when it comes to test orchestration and execution. Over the past few months, we’ve released HyperExecute, a next-gen smart test orchestration platform to help businesses run end-to-end automation tests at the fastest speed possible.

“We will soon be launching our test intelligence platform Test-at-Scale (TAS). It is already in beta. We are also continuously enhancing our core execution platform’s capabilities. We are on a mission to build the best test execution platform for the developers and testers community.”

LambdaTest’s platform is used by over 1 million developers and testers globally. The company has run more than 100 million tests since its inception and has grown its business by 300% in the last year. Using the company’s offerings, its customers were able to achieve 95% quicker time-to-market, increase their release productivity by 62% and identify 67% of issues prior to launch.

Over 500 enterprises and 1 mn+ users across 130+ countries rely on LambdaTest for their test execution needs.

Instoried is committed to helping the people of the world communicate with empathy through the written word. Utilizing 30 million data points, its web-based, AI-powered platform gives content creators the ability to make their copy empathetic, crisp, and more impactful in a collaborative real-time environment.

Its user-friendly, intuitive interface provides instant feedback and can check and correct the usual spelling and grammar suspects, as well as ensure originality through plagiarism detection.

Sharmin Ali, Founder and CEO of Instoried, says, “Oftentimes people don’t consider the tone or emotion conveyed in what they’re writing. Instoried helps people convey the proper tonality in everything they write from email to blogs, from marketing copy and advertising to long-form articles.

“We are committed to helping people communicate better with the written word. We’re building the only tool you’ll ever need to create empathetic, original content that will connect with your audience. The year 2022 has a lot in store for us and we are excited to unravel things one-by-one.”

Excitel, an Indian broadband network, caters to 700,000 customers in 29 cities. Since its inception in September 2015, Excitel has been revolutionising broadband services and leading the adoption of fibre broadband in India.

Vivek Raina, CEO & Co-Founder, Excitel, says, “Excitel has established itself as a brand that is helping bridge the digital divide by providing world-class FTTH services at affordable rates across the country. This year we are fixated on establishing ourselves in newer geographies, extending futuristic tech solutions while at the same time working towards hiring our next rung of leaders to create an ecosystem that sales rapidly.”

It was the first internet service provider to introduce the concept of truly unlimited data plans allowing consumers to access unlimited data at the promised speed without any caveats or conditions. Ookla recognizes Excitel as the 4th fastest and best-rated broadband network in India. According to TRAI, the company in 2020 was also amongst the Top 10 ISPs in India.

Excitel recently announced the launch of its services in the financial capital, Mumbai and aims to replicate its success in Delhi, Hyderabad, Bangalore, and other cities by offering high-speed internet with quick service resolution in Mumbai. The company will not only cater to structured areas but also provide services to the unstructured areas of the city.

The startup has been working and striving to develop solutions that are customised to meet the needs of different customers. Understanding the growing demand and dependence on high-speed internet to sustain multiple functioning, the company is running a pilot a 400 Mbps speed data plan for the city of Mumbai starting at just INR 499/month.

Bizzo is an app for digitising all service based businesses that helps by creating customized booking portals.

Viineit Toshniiwal, CEO and Co-Founder at Bizzo said, “For too long now, India’s small businesses were pushed towards aggregation. However, the trend now is to move towards de-aggregation and reduced dependence on centralised monolith platforms with closed systems. The next decade is going to be all about unbundling and using open architecture-based systems that brings autonomy to small and independent businesses.”

“India’s service businesses don’t need middlemen, they need a medium, thus, Bizzo’s ultimate goal is to become the go-to solution provider for SMB businesses looking to join the digital mainstream and enjoy the perks of digitisation.”

Over the past decade, small and independent service businesses have lost out on their own branding and pricing power, and have witnessed erosion of profit margins due to hefty commissions charged by aggregators.

Also, the Indian services sector is largely unorganised with over 100 million small and independent service businesses in dire need of full-stack solutions to directly connect with their customers. Bizzo aims to address these pain points by handing back the power to these service-preneurs so that they regain connect with their customer base and control all aspects of their business.

Founded in 2021 with its headquarters in Mumbai, Bizzo focuses on empowering millions of service providers to build, scale and organise their businesses digitally. Established with the singular purpose of helping small and medium service providers to circumvent the growing monopoly of aggregators, Bizzo aims to put power back into their hands so that they can connect with their customers directly.

It does this by helping entrepreneurs to create their sophisticated booking portal that can help automate the intake of bookings 24×7 and ensure that a booking-related query is never missed out on.

The Government of India’s Open Network of Digital Commerce (ONDC) initiative, an open architecture-based UPI-like platform for trade in goods and services, is attracting major financial institutions such as ICICI Bank, SBI & CSC to invest. Bizzo’s vision is, thus, aligned with the overall market direction as it aims to develop a universal seller-side app to facilitate the digitisation of services. 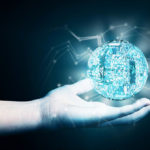