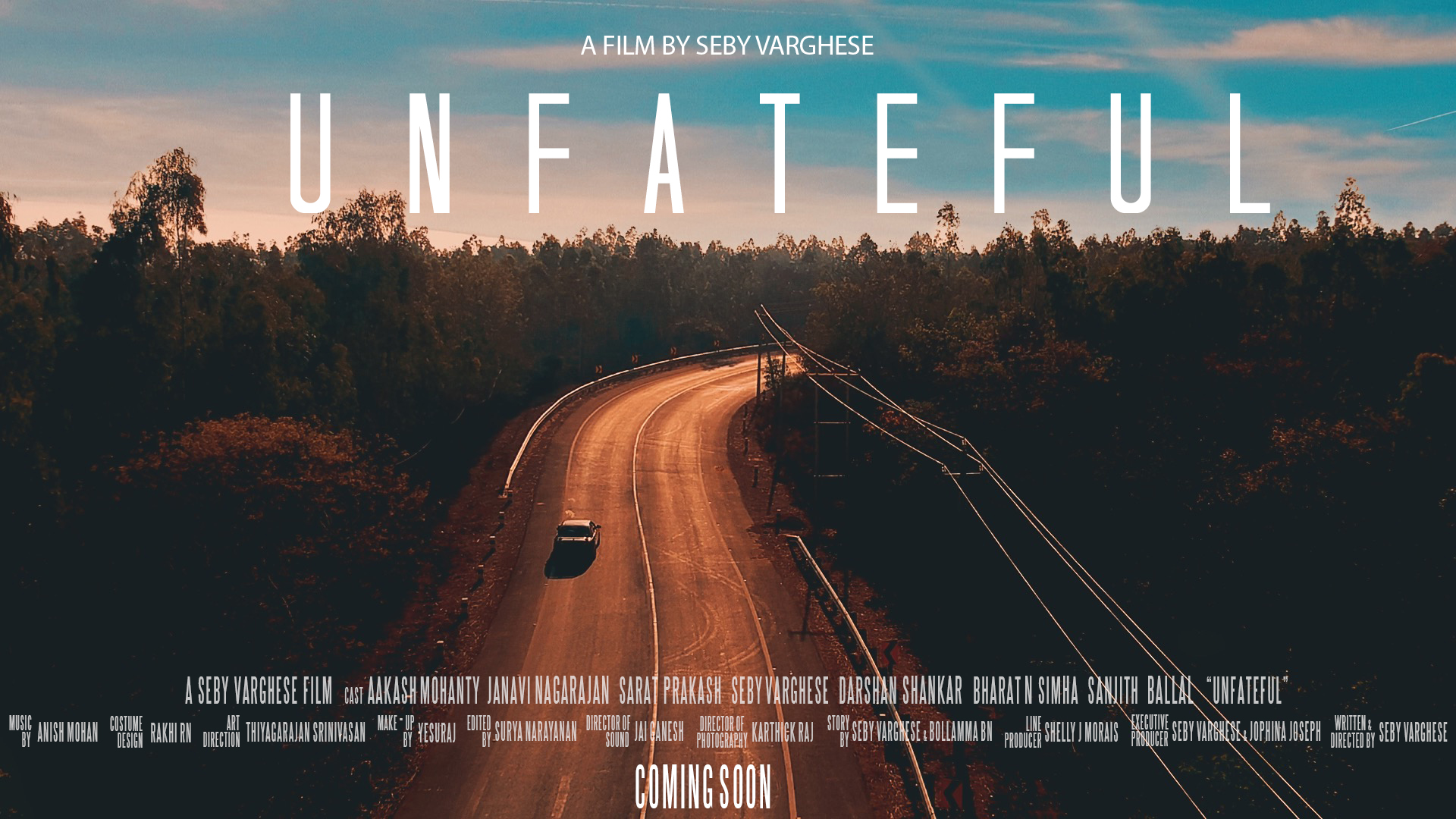 Dean Kamen said, “Every once in a while, a new technology, an old problem, and a big idea, turn into an innovation.” Seby Varghese attempted to pursue his passion when he decided to make an entire feature film using only an iPhone 7 Plus camera. The 29-year old director is launching his first work, a movie called ‘Unfateful’. In an interview with The Tech Panda, Seby Varghese reveals that movie-making has been a dream that he has been pursuing for the past 12 years.

“When you want to get your story out, it doesn’t really matter whether you have experience or not,” he says.

The story of ‘Unfateful’ is about four strangers, who carpool a journey together. Each one of them has their own dark side, which they keep to themselves. What happens among these people in this journey and how their dark sides start revealing them constitutes the thrill in the story.

The decision to use an iPhone 7 Plus camera, Varghese says, was a very conscious one. After doing a test shoot with a DSLR in December of 2016, Varghese and his team were not satisfied. One day, a random discussion about using an iPhone for shooting led to another test shoot using an iPhone. To their surprise, they found that the iPhone was able to cater to the level of aesthetics they wanted. In addition, budget-wise, they found that it was very much economical. Hence, the iPhone became their instrument for making the movie till the end.

Varghese, who is the director, producer and the writer of the film, along with his team, decided in 2016 to make their own film. Shot in guerilla style, the movie covers more than 15,000 kms across three states, Karnataka, Tamil Nadu, and Andhra Pradesh.

Varghese says that ‘Unfateful’, which is an English language film with Kannada parts, tries to put Indian independent cinema on a global level.

“We wanted to show that micro-budget, scriptless, guerrilla, film-making is possible in our country,” he says.

While working on gathering resources for his film, Varghese found that not many people were interested in pursuing this kind of an experimentation. Citing countries like US, UK, and New Zealand, Varghese says these countries have young generation of filmmakers in representation. He believes that the feeling that people used to have towards cinema has changed.

“The same passion or drive towards storytelling does not draw youngsters into cinema anymore. Now story telling is looked at more in commercial terms,” he explains.

Varghese, who believes filmmaking to be more than just a business in many aspects, says that they wanted to make a movie in spite of budget issues, lack of equipment, and all other problems.

“If we are able to make our film with what we have, maybe we will be able to inspire a few more youngsters to do the same.” 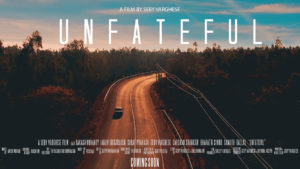 “Like every director says, unless you make your own feature film, you are always going to be a short filmmaker,” he says.

Another interesting feature of Varghese’ filmmaking is that ‘Unfateful’ uses a script-less approach. This means that the actors are given the freedom to explore the story based on how they would behave as normal people in a given situation.

Varghese says that this style has been used in the Malayalam movie, Off Day Game (Ozhivu Divasathe Kali in Malayalam) by Sanal Kumar Sasidharan.

“When we saw ‘Off Day Game’, we realized the kind of realism that can be brought into a story just by using a script-less approach,” he recalls.

Varghese’ film uses a bound screenplay, but they didn’t want to limit the actors by written words. The team would travel to location, since they were shooting guerrilla style, and the actors would start performing the scene the way they would have behaved in that situation rather than going by a bound script.

Varghese chose this method because he says it gives heightened realism to the performance, especially when making English language films for India. “We chose to give the film heightened realism and the audience a feel that this is actually how people behave.”

Varghese, who has never been to a film school, thinks that his lack of formal training both helped and hindered him in his work.

“If I were to put it in a ratio, I would say that not having any formal training has helped me 80%, but it comes with its own set of problems. Coming from a no-film school background helps you experiment in your own way with how you want to tell your story. You don’t try to limit yourself with respect to the rules of cinema, you are able to break the rules. That gives narrative style to things, and something new that may not have been seen or experienced by many people these days,” he says.

However, Varghese admits that making a full-length movie was very different from the three to four short films he had done in the past. He says that he has lacked the experience of just observing other people as well as other film sets.

Varghese is thankful for the support given by Wishberry, which is a crowdfunding platform for people with ideas like Varghese. Wishberry helps projects that are independent, self-produced, and self-funded with something new that might be difficult to be accepted by broader industry people.

For the future, Varghese wants to become a full-fledged filmmaker and hopes that he will get a chance to work on multiple small and big projects.

“Licensed cinema is what I have dreamed of for the last twelve years, and this is my first step,” says the young filmmaker, who says he also enjoys producing films.

Varghese says he has a couple of ideas he wants to explore, for which, scripts are being written. He would also like to adapt some novels.

“My inspiration comes from Christopher Nolan, French new age cinema, Satyajit Ray and many other sources. Trying to make a living as a filmmaker would be something I would like to do,” he adds.