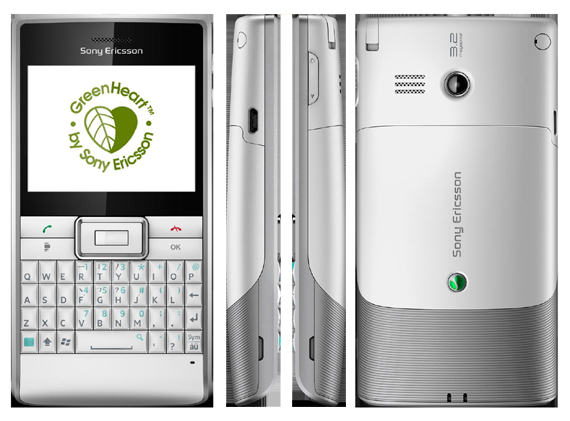 Android continues to dominate the phone market largely due to its wider availability across different price segments. One of the greatest growth drivers for Android has been the number of phones below Rs 10000. In fact it is in this price segment that Android phones face little to no competition. However there are few non-Android models that offer, through a high function-to-price ratio, greater allure to the Indian consumer than their Android counterparts. Here are the top 5 Non Android phones, each with a unique set of advantages and disadvantages.

1. Nokia Asha 311: The flagship model in the Asha series. With a 1GHz processor fuelling its lightweight Symbian S40 OS, the 311 offers a wide gamut of features including 3G, Wi-Fi, a 3.15 MP camera with VGA video recording, and the Asha Touch UI that allows for a smooth and reasonably fast user experience. Besides, Nokia Ovi, while not comparable to Google Play, does have all the frequently downloaded apps like Facebook, Twitter and Whatsapp in its stores. As a bonus, the 311 has 40 EA games available for free download. The 3-inch capacitive display is protected by a scratch-resistant Gorilla Glass screen, which few phones in this price category can claim to have. The Asha 311 comes bundled with a free 2GB microSD card, and allows memory addition up to 32GB. On the downside, the screen resolution of 240×400 pixels might be a disappointment to some consumers, and so might the absence of Autofocus in the camera.  The Nokia Asha 311 price is more than a fruitful at a best price of INR 5990. 2. Nokia E5: The Nokia E5 is a corporate-friendly phone, ideal for people dealing with large daily volumes of emails, and for IM and social networking. Office documents can be easily read and edited, and a PDF viewer is also included. The Nokia C3 messenger is a highlight of the model, and also available is Microsoft Office Messenger support. Browsing, however, is slightly hampered by the low-resolution screen. The E5 runs on a 600MHz processor, laid over by the Symbian S60 OS, which keeps the phone frill-free and fast. The camera is a solid 5MP affair with 15fps video recording, although fixed-focus is an Achilles’ heel that brings down its configuration a notch. The feature that sets this phone apart from the prevailing trend is the physical QWERTY keyboard, which is highly suitable for people involved in heavy-duty typing that a touchscreen fails to allow despite technological advances. With quad-band GSM and tri-band 3G, Bluetooth and Wi-Fi, the E5 also scores well on the connectivity front. Memory options are good too, with 32GB of microSD addition allowed, and a free 2GB card included. At a lowest price of INR 8650, this model is both attractive and affordable for young consumers working in a business setup. 3. Sony Ericsson Mix Walkman: The Sony Ericsson Mix Walkman is, as is the custom and philosophy of the Walkman series, a music-centric phone. It carries the Walkman player, stereo speakers and stereo FM radio with RDS and TrackID. The four-corner UI is an innovative attempt to compete with the Android experience. Apart from music, the phone also focusses on social networking with native integration of Twitter and Facebook through the Friends app. Status updates of up to five friends can be viewed on the home screen. The Mix Walkman’s camera is rated at 3.15MP, and it allows QVGA video recording. The screen is well-sized at 3.0 inches and features capacitive touch. The facets that don’t go down so well include the lack of 3G and the low resolution screen. Also not available, and this speaks directly to the heart of the phone, is an equalizer or a repeat function in the music player. The Mix Walkman can be purchased for as low as INR 4999, which makes it a good value-for-money for music aficionados. 4. Samsung Omnia B6520: While Android continues to be Samsung’s OS of choice, its Windows phones are fast emerging as strong competitors. In the stated price category, the Omnia B6520 is a good example of a utility phone with a full QWERTY keyboard, running on Windows Phone 6.5. The B6520 is laced with all progressive smartphone features like 3G, Wi-Fi, Bluetooth, GPS and social networking integration. For documentation it carries the Pocket Office editor with a PDF viewer. Microsoft Outlook Mobile for corporate customers is also available. On the multimedia side, all major audio and video formats are supported. The battery life is a plus, rated at more than a day with normal use. The 2.4-inch screen size might not be palatable to every consumer’s taste, and the 2 MP camera is also a let-down. However, at a best price of INR 6490, this is a worthy purchase for consumers looking for a fast and dependable feature phone experience that doesn’t strain their pockets. 5. Sony Ericsson Aspen: The Sony Ericsson Aspen is one of the few smartphones that carry both a touchscreen and a QWERTY keyboard. The keyboard is backlit and a D-Pad is provided for screen navigation. At the core of the Aspen’s sleek body is a 600MHz ARM 11 processor, supporting Windows Mobile 6.5.3 Professional. Sony has customized the UI on the phone, and it responds well to user modifications, despite certain inconsistencies. The connectivity options are good with 3G, Wi-Fi, GPS and Bluetooth. The camera features include a 3.15MP sensor and geo-tagging, but Autofocus is missing. Video-quality is also reportedly only average. Redeeming features that suit the Aspen’s twin touch-QWERTY nature are good web integration with Flash; native apps for Skype, Twitter, Facebook and YouTube, and Pocket Office file viewing and editing. The display is a positive with a 2.4-inch TFT touchscreen with XPERIA panels. Although a few sellers quote the Aspen at slightly higher than INR 10000, after adequate market research and bargaining, it can be obtained for below the mark. For quick reference, a list of the major features of the above phones is as follows.

It is difficult to arrive at a final verdict on which of these phones is the best purchase. For users focussing mostly on music quality, the Mix Walkman is recommended. Other features are comparable, and the final decision can only be made depending on budget and brand-preference. One thing is universally assured: the consumer is guaranteed good value for every penny spent.