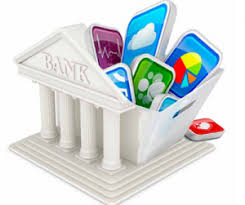 Truecaller, the Swedish caller id app company has announced the acquisition of Chillr, a Mumbai-based payments startup. Together, they will offer credit and other financial services within India.

Truecaller, which has been looking for an opportunity to increase its revenue from India, has pulled off its first acquisition. Truecaller’s plan for its app to offer the option for bill payment is part from its efforts to increase mobile payment adoption amongst its users.

As part of the acquisition, Chillr’s 45-strong team will be a part of Truecaller, while Sony Joy, Chillr’s former CEO will be continuing as Truecaller Pay’s Vice President. The move will double the size of Truecaller’s team in India.

“By acquiring Chillr, we are reaffirming our commitment to mobile payments and plan to increase the adoption of it amongst our user base. We will, together, have a far bigger impact in this space through the foundation of the team’s expertise and a strong user base who trust our platform and uses it on a daily basis. Moving forward, the Chillr team will now become the Truecaller Pay team, leading the vision and execution for this feature,” the Truecaller blog said.

Truecaller entered the Indian payments market through UPI in collaboration with ICICI Bank. In 2017, after WhatsApp, Facebook, and Facebook Messenger, Truecaller was the fourth most used app across Android and iOS devices. Backed by Sequoia, Truecallerhas, until now, has raised USD 90 million, while Chillr has raised USD 7.5 million. Chillr can take advantage of Truecaller’s already burgeoning user base to get a more solid foothold within the top three companies in the payments market.

“Chillr made it easier for people to link all their bank accounts on one platform. That was the first step, now with UPI touching close to 200 million transactions a month. The government is now pushing towards touching a billion transactions a month. Fintech in India today is at a tipping point. We believe that by integrating with Truecaller we can grow deeper in the financial services ecosystem,” Sony told YourStory.

Nami Zarringhalam, Co-founder and Chief Strategy Officer, Truecaller told YourStory, “With all the current initiatives by the government, with an aggressive push towards a cashless economy, we felt it was an opportunity for us to look deeper into the payments space.”

In 2017, Truecaller was on the wrong side of news when the company’s name was among a list of forty mobile apps that were identified with potential for a cyber-attack, as a result of which Indian troops were asked to delete the apps. Truecaller, along with other apps like Hiya and CallApp have also been accused of encouraging unsolicited telemarketing, phone spam, and robocalls.

With Facebook and Whastapp Pay still struggling to appease public opinion about privacy and regulations, Truecaller too faces heat about gathering more than necessary amount of surveillance, including content a user views, search terms, and websites.