I am sure you did not expect this. A social media company like Tumblr spending more money than it can make, right? Well, they proudly announced that they’ll be  able to bring in more revenue this year that can make them profitable. “We expect that the monetization will lead us to profitability this year,” were the words of head of sales Lee Brown, who joined the company last fall.

In particular, Tumblr said that the addition of paid post promotion on its mobile apps will be a big new revenue driver. Tumblr has the 50th most-used iPhone app in the U.S., according to Onavo, which doesn’t yet publish Android ranks.

Tumblr is based in New York City but it seems relatively cheap to run. Tumblr raised $125 million in venture funding and has 162 employees. Tumblr previously told Forbes it had $13 million in revenue in 2012 — with an estimated $25 million in operational costs — and it hoped for $100 million worth of revenue in 2013. That would be a year-over-year gain of 769 percent. 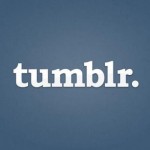