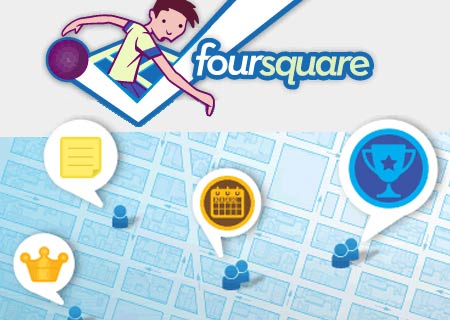 Why Apple Should Buy Foursquare

What happens to Foursquare? As long as it’s just another app to check, it doesn’t have much room to grow. But there’s more to Foursquare than a standalone app, something fundamental enough that it could be built into a phone. Specifically, Apple should buy Foursquare.

Foursquare has recently reorganized itself as an exploration app, helping users find and keep track of places to visit, eat, drink and hang out. It has over 20 million users, about half as many as Instagram, which is nothing to sneeze at. But even as it finds new businesses for itself with local deals, it risks being made redundant by bigger social networks.

Google doesn’t need it. Google+ Local is well on its way, with Zagat reviews filling in high-quality info and Google Maps providing the definitive backdrop of location data. Facebook, too, has held out with its own location data, combining its Facebook Places check-ins with data from Bing Maps.

Between those two giant networks, there’s not much reason to use Foursquare unless you actually want a separate app and network for this. And there’s also Yelp, whose social features suck, but which is loaded with detailed reviews even if you aren’t logged in.

But that brings us to Apple. If you ask Siri for a recommended restaurant, bar or store, it searches Yelp. The upcoming Apple Maps in iOS 6 also use Yelp. But a Yelp search isn’t nearly as powerful as a location layer that underlies everything on your phone, including contacts and calendars. If Apple integrated Foursquare data throughout iOS, the whole thing would be vastly more useful.

If Siri is to be much help as a personal assistant, it has to learn to cater to your tastes. That’s exactly what Foursquare does. Your check-ins – and your friends’ check-ins – quickly build up a history, which Foursquare can use to recommend new places to you that it knows you’ll like.

If Apple had Foursquare as its own places database, it could improve its recommendations based on any app you used. Google Now does this on Android by incorporating your calendar, email and search history when you search for places. It works beautifully. Foursquare could help Apple match that feature.

When iOS 6 comes out this fall, Apple will replace Google Maps with its own mapping service. If you search for a specific place, like a restaurant, Maps will find it on Yelp. But while Apple’s Maps will still get you from place to place, it needs a better database of locations to be browsable and interesting.

Not only does Foursquare have an exhaustive database of places, it’s also able to filter the data by searches and personal recommendations, so only the kinds of places you’re looking for are displayed on the map. Instead of relying on third-party apps for browsing places, iOS users would now have it baked in.

In iOS 5, Apple introduced cool functionality that any app can use to trigger events in the background when you leave or arrive at a place. It’s called geofencing, and it uses signals from the nearest cell towers to approximate your location, rather than running GPS in the background, which kills your battery. When you cross the boundary, the system triggers the action automatically.

Apple’s Reminders app, new in iOS 5, demonstrates the handiness of this feature. You can set reminders to go off when you get home, leave work, or walk past the grocery store.

But the implementation has an annoying drawback, and it holds back third-party apps that use geofencing, too: you can only save locations by using your current location, awkwardly dropping pins on a map or adding them as contacts in your address book. Creating an entry in Contacts for every store you visit, and having to save each address manually, is hardly ideal.

If geofencing in iOS could use Foursquare places, this problem would be solved wonderfully. You’d be able to grab places from the Web and add new ones as necessary.

Apple has its own location-sharing app called Find My Friends, which allows iPhone users to share their precise locations with each other in real time as a dot on a map. It’s a little bit weird, but it can help people meet up or see what each other is up to.

But Find My Friends is half-assed. While it does work as advertised and let you find your friends, it doesn’t add any other value to being an iPhone user than that one weird feature. If the app used Foursquare check-ins, it would be able to send notifications of where friends checked in. You’d be able to immediately see whether you wanted to message them or join them, depending on where they were. Plus, this would be a great way to gather more Siri data for recommending better places for you and your friends to visit.

Now we’re going out on a limb, because Apple hasn’t made any known moves toward mobile payments other than Passbook, which is just a repository for tickets and loyalty cards so far. But Foursquare offers check-in deals at local businesses as a revenue stream, and this could be a powerful incentive for iPhone users to pay with Apple.

If Apple builds near-field communications into its phone for payments, or if it builds (or buys) a software-only mobile payment processor like Square, it will be able to start making money quickly, as the holder of 400 million active iTunes accounts with credit cards. If Apple bought Foursquare and kept the business end of it, Foursquare incentives would be the new coupons for iOS users.

Foursquare Is A Great Feature

There are all kinds of other, less significant ways Apple could use this background of location data (location-tagging photos, locations in iMessage statuses). Importantly, this is not about an Apple social network. Apple doesn’t need its own social network, but it could use a socially-aware location database for a variety of reasons.

The features of Foursquare are social the way phone calls, messages, calendars and reminders are social. They’re ways to navigate the world. It’s not Foursquare the app that Apple needs, it’s Foursquare as essential features of a world-class smartphone.