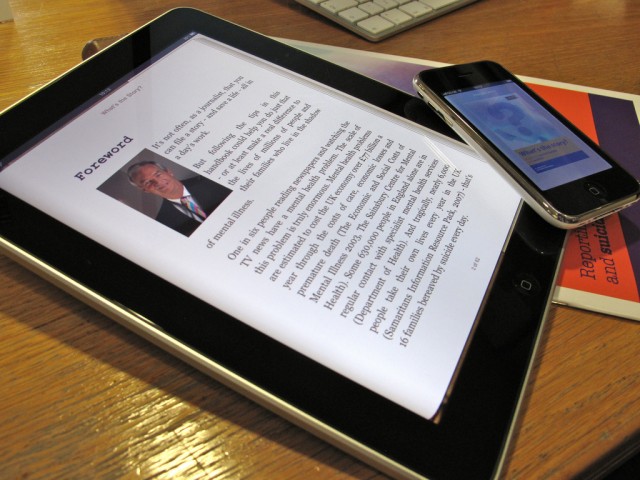 Why Are Ebooks Still DRM Protected So maybe you were lucky enough to get an e-reader for the holidays. In fact, maybe you’re reading this article on one right now! Maybe you’re cozying up to your fire and you’re considering what e-book you want to download to get through these dark winter days.

You may recall that Amazon itself led the charge against Cupertino, challenging iTunes with cheaper downloads and a lack of DRM. But Amazon’s lead in the fight against music DRM was a business decision rather than an ideological stance.

And that leaves this question: where’s the DRM outrage over e-books? Or put another way, why doesn’t Amazon care about eliminating DRM for books, when it did for music?

For many industry watchers, it comes down to the fact that generally speaking, most people own more individual pieces of music than they do individual books—the American digital music market is still much bigger than the digital book market.

From a cultural standpoint, people want to put music on more devices than they do e-books, and some will want to remix that music. Aside from zombie crossover fanfic, few outside the ivory tower are interested in remixing the written word.

“Most people don’t care about the ethics of DRM or about the finer points of copyright policy,” Aram Sinnreich, a Media Studies professor at Rutgers University, told Ars. “What people care about, is being able to do what they want with the stuff that they think they have.”

But as some smaller publishing houses begin to abandon DRM entirely and users get frustrated with the difficulties in lending e-books, some wonder if this culture may begin to change in 2013.

The “wrong end of the stick” ?

There are authors and anti-DRM advocates who for years have been preaching the gospel of digital liberation of e-books.

Doctorow, a well-known science fiction author and the co-founder of Boing Boing, has practiced what he preaches for years. Not only are his books available DRM-free, but they’re also available to download for free.

When Ars asked Doctorow why he thought there wasn’t the same degree of outrage, he dismissed it.

“I think you’ve got the wrong end of the stick,” he e-mailed. “There is widespread, years-long approbation over e-book DRM.”

While that may be true for the Cory Doctorows of the world, that certainly isn’t true for big-time publishers, for mainstream readers, or for other e-book vendors that are on the scale of Amazon.

A rather cozy birdcage

Perhaps most importantly, Amazon has headed off DRM concerns by making a Kindle book reading application for pretty much every platform imaginable. That way, you can download a Kindle book and read it on your Android, your iPad, or whatever else just as easily as you would on a bona fide Kindle reader. (Amazon did not respond to Ars’ repeated requests for comment.)

“Kudos to Amazon for designing it in such a way that consumers would be comfortable,” Sinnreich quipped.

Whether the company has intended it or not, most consumers are blissfully unaware of the realities of DRM because any Kindle book can be read on just about every device. But in fact, it wasn’t very long ago that Amazon was at the forefront of this battle against sharing restrictions when it came to music.

“Our MP3-only strategy means all the music that customers buy on Amazon is always DRM-free and plays on any device,” said Amazon CEO Jeff Bezos in a statement in 2007.

Likely due to pressure from consumers and from Amazon, one record label after another began to agree to drop DRM on iTunes. By early 2009, DRM was formally, finally, dead—with all the labels on board.