We all know what led to the fall of Nokia and it was recently acquired by Microsoft for a measly $7.2 billion. But what happens to the mobile phone industry when its once biggest star exits market completely? What happens to everything that’s related to Nokia? Today, I am trying to make sense of this acquisition and everything around it.

Some Details About The Actual Acquisition Nokia not only used to design and manufacture mobile phones but also a lot of supporting services for them as well. HERE maps service is one of such important services. As per the deal, Microsoft has purchased Nokia’s ‘Devices & Services’ division. Prior to the acquisition announcement, Nokia was considering an Android smartphone. Microsoft saved itself and the Windows Phone platform by acquiring Nokia because the only credible brand on Windows Phone was going to shift to Android. Even Nokia is on the winning side here, as it will not be in a cash crunch and all its employees will not get fired, well at least most of them. This will keep the potential customers happy as they’ll know that the same team has been developing the smartphone in future, with even more unified approach. Stefan Pannenbecker will continue to be the head of hardware design for smartphones when the team moves to Microsoft.

With the deal, Microsoft claims the ‘Nokia’, ‘Lumia’ & ‘Asha’ brand names. Nokia will no longer be able to release any device with those brand names on it. Microsoft is doing this to streamline its branding woes and corporate restructuring. Microsoft announced that it intents to create its own mobile line-up which will be easier for people to remember and associate with.

Nokia’s network infrastructure subsidiary (Nokia Solutions & Networks) is not a part of this acquisition though. In fact, Nokia’s infrastructure business is doing much better with revenue of €13.4 billion and an operating profit of €822 million in 2012. Although, as a part of this deal, Microsoft will also get all the long-time patent agreements with Qualcomm and a lot of outer companies.

In their official press release, Microsoft says that it’s a win-win situation for share-holders, employees and consumers of both  companies. According to Steve Ballmer, synergy within these brands will result in better branding and advertising. He also estimated that starting FY15, they expect to see the fruits of this acquisition with significant long-term revenue and profit. Also, thanks to their long partnership and a lot of Nokia’s top-level employees will be joining Microsoft, so it will be a smoother transition for this merger. Microsoft may have finally found a partner which can give them a much better and practical design hardware. Microsoft was never good at making exciting hardware. Everyone knows what happened to the Zune and what is happening with the Surface, although the Xbox is an exception. Nokia is known for building great hardware at every price point. Just have a look at Nokia Asha 501 priced at INR 5,000, Nokia Lumia 625 priced in India at INR 16,000 or the Nokia Lumia 925 priced at INR 30,000. All have exciting looks and great hardware quality. It might happen that Nokia will build all of Microsoft’s essential hardware from now on. Just this week, Nokia has sent out an email with a tablet and a laptop featured in it.

Microsoft have had a problem of being restricted to mid-range and high-end price points with Windows Phone. With Nokia in, they get hold of how to reach more entry-level price points and how to build better low-end hardware that doesn’t skimp on usability or basic performance level. Also, as all the Windows Phone products will now be mostly a single entity, it will be easier for Microsoft to promote and spend money on them.

The problem, as I expressed in my article about Windows Phone’s app problems, was that developers never felt excited about making apps for Windows Phone. Consider a smartphone user who is already on either iOS or Android and wants to switch to Windows Phone for some reason, it is hard for them to get accustomed to a new platform as they won’t find a lot of popular apps there, such as PocketCasts, SnapChat, GMail, Google Drive and Instagram.

The ease of marketing which Microsoft talked about may not be relevant to consumers though, as a large part of the world has a brand trust factor on Nokia and they might find it hard to regain that amount of trust in hardware that is branded as a Microsoft product. Nokia had been working hard on building the ‘Lumia’ and ‘Asha’ brands, and has largely succeeded in doing so. Once Microsoft renames these mobile lines to something else, it might have a difficulty in attracting the same level of allure, mainly outside US and Europe such as India, where the brand value of Nokia is held in high regard. These are the questions that Microsoft needs to address before re-branding Nokia’s devices.

There is not a doubt that the acquisition of Nokia will assist Microsoft in their hardware endeavors. Nokia has won many design awards over the years for its unique creations, and the same team that built those mobiles will continue to do so under Microsoft’s banner in the future. If the last few years have taught us anything, it is that gaining a leverage in terms of design and usability can amount to a huge success in the consumer market. This was an area that Microsoft was sorely lacking in, and Nokia’s acquisition fills that deficit. It should be exciting times ahead for the Redmond-based organization. 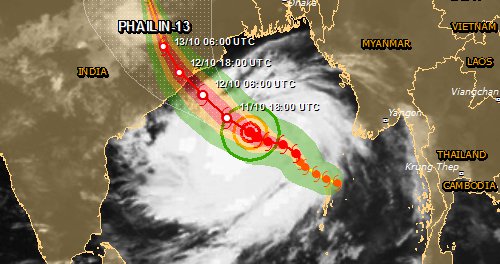 Cyclone Phailin : Where to get online information? 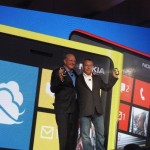