Who would want a smartphone with a grayscale E Ink screen?  Anyone who want days of  battery life, superior outdoor readability and low cost should be interested in using the technology in a phone. Today at Mobile World Congress, folks from LaptopMag got their hands on a prototype Android smartphone with an e-Ink screen and were blown away by just how light it was about how sharp text looked on its screen and how long it could last.

Not keen on giving up your full-color, full HD display on your phone? E Ink technology should be coming soon to back covers for phones, supplying info at a glance without draining your battery. The device we used has no official name, because it’s one of only a handful of prototypes made by eInk, the company behind the grayscale screens that power so many popular devices like the Kindle and Nook. Our demo came courtesy of Nicholas Charbonnier, the proprietor of ARMdevices.net who has reported extensively about the evolution of  E Ink technology. The device is designed to last at least a week on a charge and cost cost as little as 150 euros unsubsidized, he said.

The device was running a very stripped down, ancient version of Android with a home screen that had a set of tiles for Messages, Phone, e-Reader, Contacts, Applications and Settings. The applications menu had just a handful of apps, including a voice recorder, web browser and a Chinese app. The contacts list, settings and dialer were all standard Android 2.3 apps. The e-Reader had a list of Chinese-language books and, when we opened them, text was sharp. 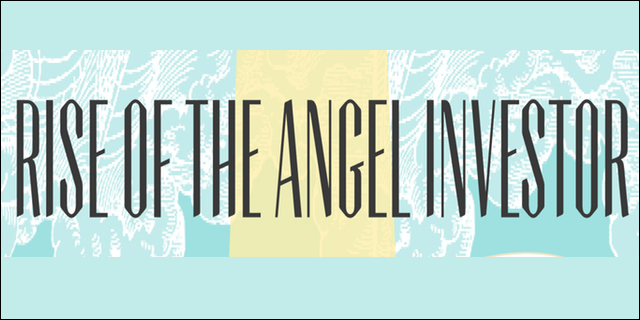 Rise Of The Angel Investor [Infographic] 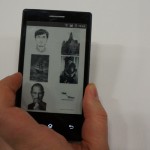