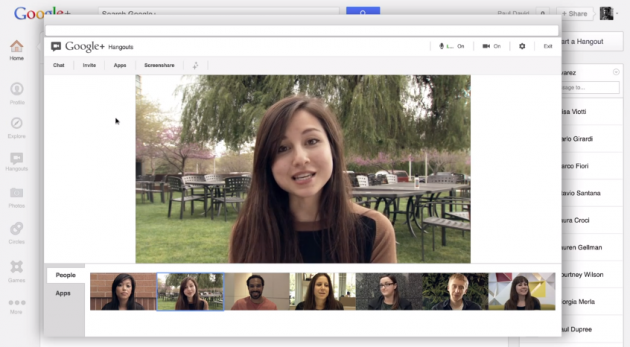 You Can Now Rewind Google+ Hangouts Google, in its latest endeavor  has tried to eliminate the wee bit problems that might have been in the Google+ Hangouts. Google on Tuesday introduced an incredibly convenient feature to Hangouts, making the potentially chaotic nature of group chats more controllable. Now, it will be possible for you to rewind live broadcasts, allowing you to replay parts if you miss a word or whole segment, just like in your very own DVD players. Maybe someone told a particularly funny joke you’d like to hear again.

In addition, Hangouts are made available on YouTube immediately after it’s recorded. Before, there was a small delay to account for processing, but that has  been eliminated entirely thanks to the new improvements. Google has also tweaked Hangouts on mobile, which the company says will be higher quality. Finally, Hangouts will start automatically without having to refresh the page, meaning you no longer have to keep checking to see if the actual event started.

Google said some of these enhancements may cause longer setup times for users, as the features need to process before you start broadcasting. But everything is in place right now, so you can start rewinding broadcasts to your heart’s content.