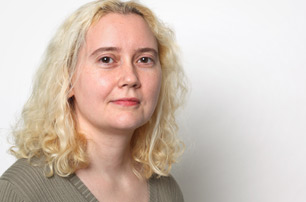 Alma Whitten became Google’s first Director of Privacy back in 2010. At that time, CNet declared her job as the “hardest job in Google.” Whitten has been a long time engineer at Google and has contributed with her expertise in computer security. She was put in charge of a program overseeing products in development at Google to try to prevent the release of those that got privacy wrong.

Now she has decided to step down. Whitten announced internally atGoogle that she is stepping down from her post with plans to retire. She’s remaining for a couple of months while the privacy team transitions to new leadership.

The privacy and security team is now over 100 people strong and will now be headed by Lawrence You. Lawrence is an engineer who has been with the company for eight years, and is based in Mountain View which is good because that’s where much of the privacy-violating magic happens.

This is a very crucial position at Google. Since Google has so many different ways to tap in to our day to day lives, a person in this position is fully responsible to make sure user privacy is honored and maintained. Google has constantly been facing a lot of trouble in and around the privacy issues of individuals and other companies. At this point of time, Google’s hope is that a director of privacy will prevent mess-ups like this from happening.

“During her 10 years at Google, Alma has done so much to improve our products and protect our users,” said Google in a statement. “The privacy and security teams, and everyone else at Google, will continue this hard work to ensure that our users’ data is kept safe and secure.”