Amazon has released a large amount of data about online sales in 2012, with lots of factoids and vague figures for digital downloads, purchases, and product shipments. And the biggest piece of data revealed by the company was the number of packages it sold on the peak day of 2012.

On Nov. 26, Amazon sold 26.5 million items worldwide across all product categories. That equates to a whopping 306 items per second, a new record, according to the company.

There isn’t much useful information for shareholder to determine how well Amazon is doing in regard to its digital purchases. But the new data did share lots of information about physical product shipments.

Here are some interesting facts and figures from Amazon’s Press Release: 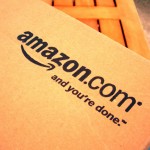