Biotechnology Industrial Research Assistance Council (BIRAC) has announced it will begin looking to assist developing countries with innovation and is striving to achieve an ecosystem that benefits the whole world.

In an announcement on October 8, Renu Swarup, Senior Advisor, DBT and Managing Director at BIRAC, said that India is aiming to formulate new ideas and policies to deliver innovative solutions for developing countries.

In the past, BIRAC has assisted over five hundred entrepreneurs and startups and has worked to improve the lives of the people of India.

One such project is the ‘Re-invent the Toilet’ initiative, which aims to improve sanitation by constructing public toilets across India, in individual households and the community, to reduce open defecation. The platform works with Google Maps for users to search for toilets.

Last week, Swarup attended the Grand Challenges Annual Meeting 2017, where funding and research partners from all across the globe gathered to discuss issues facing the world as a whole. Since its inception, it has provided Indian innovators with over $12 million (Rs 785 million) in funding.

During the event’s preceding Founder’s Forum, India’s role as an innovation and investor was highlighted. This is due to the amount of scientific and entrepreneurial talent the country has to offer. Earlier this year, it was announced India had climbed global innovation charts for the second year in a row.

Despite reports that startup funding in India has slowed in recent years, the country is still expected to surpass China in innovation by 2025. 86% of Indian entrepreneurs consider the country a good place to start a business which is 30% more than the global average.

Soumitra Dutta, Professor of Management at Cornell University said, ‘India has done well, but it can do more.”

The All Children Thriving (ACT) initiative aims to eliminate child suffering and reduce the infant mortality rate by addressing issues of disease and poverty. A 2015 study by the World Health Organisation states that 5.9 million children died before the age of 5 in that year alone. Many of these deaths being during the first twenty-eight days of the child’s life.

The project hopes to solve issues such as maternal and child health through the development of bio-banks, as well as finding innovative solutions to detect biomarkers to indicate potential issues for the child at an early age.

Since the start of this year, the numbers are roughly the same, with only 3 months still remaining in the year. By comparison, India is at a similar level. A contributing factor to high infant mortality rates is the unequal distribution of health workers between rural and urban areas.

With India’s healthcare sector predicted to be worth $81.3 billion, further research could very well potentially assist the developing countries in improving the lives of citizens young and old as the project moves forward.

Collaboration between nations is an important part of societal growth. This week, India and South Africa will celebrate twenty years of strategic partnership, which launched its Grassroots Innovation partnership in 2016. The initiative will utilise the sharing of technologies to assist in making forward strides in creating an ecosystem to provide technological advances to those in rural areas.

“The conversations that we’re having with a Grand Challenge group now, especially the fact that you have more partners joining in from South Africa, Brazil and others gives our innovators a platform to be able to interact with other countries. This is the first step in that direction,” Swarup said. 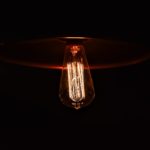