BlackBerry Usage Share Plummets to Just 1% in the U.S.

Research In Motion’s BlackBerry smartphones are still used by millions of people in the United States, but the smartphone market grew so quickly over the past year that RIM’s usage share has dwindled to almost nothing. Ad network Chitika recently conducted an 11-month study of RIM’s usage in the U.S., and the firm released its findings to BGR on Thursday.

According to the study, mobile traffic from BlackBerry devices across its network plummeted 25% between September 2011 and July 2012. RIM’s smartphones and PlayBook tablet combined to account for as much as 5% of all mobile usage in the U.S. late last year but as of last month, that figure sank to just over 1%. 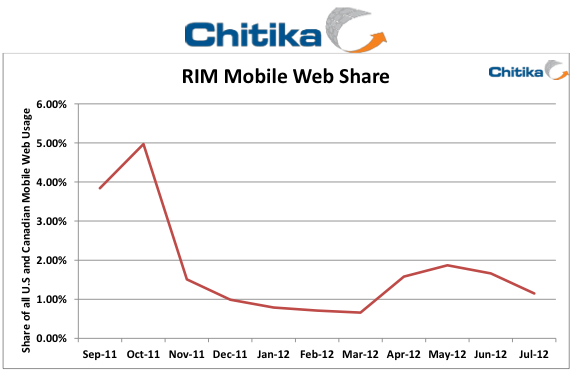 Chitika notes that Apple’s share of mobile traffic has grown from a low of 46% to approximately 64% over the same period.

“A widely shared belief is that RIM’s lackluster response to the iPhone was a critical mistake that cost BlackBerry its top market position late last decade,” Chitika analysts wrote in their report. “This downward trend is likely to continue, as the loss in market share and revenue has caused RIM to lay off workers. RIM has even pushed back its new operating system release to next year (2013), which means the company will have to miss out on a chance to introduce new features and functions to support its customers and help attract new ones.”

RIM’s first BlackBerry 10-powered smartphones are expected to launch early next year and the company is currently shopping the platform to other vendors that might be interested in licensing it. 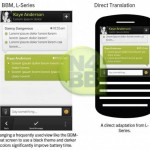 BlackBerry Usage Share Plummets to Just 1% in the U.S.