Tech giants Microsoft and Google have developed and set up retinal screening AI that detects diseases possibly leading to blindness.

A collaboration between the state of Telangana and Microsoft led to the implementation of MINE (Microsoft Intelligent Network for Eyecare) in hospitals spread across the state. The eye-screening AI could treat 6 million children in the region, while also preventing avoidable blindness in some cases.

“We are very pleased to announce that Telangana will be the first state in India to bring AI in public health screening and we are excited about how technology has the potential to make great social impact. I am extremely happy with the collaboration between our health and IT departments and Microsoft, which has resulted in a solution that is going to make a huge difference to the lives of the people in our country, starting with our state,” said the IT minister of Telangana K. T. Rama Rao in a statement on the matter.

The same idea had been pitched before when Google introduced a similar functioning AI at the Wired 2017 business conference. The India-bound AI has been trained to detect diabetes-caused eye diseases by being subjected to images of such defects, supplied by Aravind Eye Care System, a group of eye care hospitals which Google is running the project with.

During the conference, Lily Peng, a product manager with the Google Brain AI research group, remarked that “One of the promises of this technology is being able to make healthcare more accessible.”

The current state of healthcare India is far from perfect; a report by the India times shows that for every 1681 patients, there`s only one doctor to treat them, that credits to over 68% of the population living in rural areas. This amount of pressure means that doctors have to diagnose and treat thousands of patients everyday. With India still struggling with infectious diseases, AI-based diagnoses and treatment seems like a huge push towards a better survival rate.

“The lack of diagnosis is the biggest challenge,” said Kavya Kopparapu, a scientist working in the field. “In India, there are programs that send doctors into villages and slums, but there are a lot of patients and only so many ophthalmologists.”

The 16 year old, alongside her younger brother and her school friend, has developed an in-house AI system that detects signs of diabetic retinopathy. They hope their system, based on a smartphone app and 3D printed lens, can turn 2-hour-long checkups into a quick photo of the patient’s eye and help tackle the severe doctor shortage. 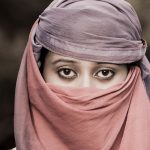