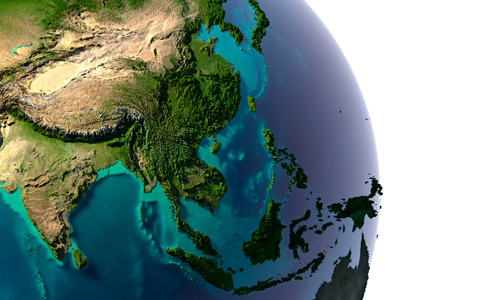 According to a Development Bank of Singapore (DBS) report, ten prominent economies of Asia, which includes India, are projected to see vigorous growth in terms of an amount of more than USD 28 trillion in real Gross Domestic Product (GDP) terms on aggregate, more than the US by 2030. The projection for the US is USD 22.33 trillion.

“We expect Asia-10 to pull ahead of the US by 2030,” DBS said. However, at the same time, DBS also stated that these results will not be sufficient as a necessary condition to invest in Asia, because the basis for investing cannot be only one indicator, particularly when the investment is for a long-term prospect.

While the report said that Asia showed a bright future in terms of economy, all Asian economies are bothered by one or the other issue such as climate change, rising inequality, worsening environment for trade, and technological disruption that can drag growth numbers.

“Several dynamics that have supported the economic development of the Asian economies in recent decades are weakening, and there are many changes in the international environment,” DBS said in a research note.

The report also explained that the demographic dividend that had lent many Asian countries benefits earlier might not prove to be as valuable now.

The considerable presence of a huge young population poses challenges in the form of enough job creation. Any slip can result in massive unemployment, leading to an economic and social/political challenge, the report said.

“Countries like India and the Philippines will need to work hard to create employment for its young population; while aging countries like Singapore, Japan and China may be able to offset the demographic drag through the active use of new technology,” the report said.

In addition, increasing protectionism on the part of global economies will hamper flow of investment into Asia.

The DBS Asia 2020 project, which had been undertaken in 2011, had concluded applying a general approach that ‘Asia was rising as the most important global economic force’, projected to provide the most growth and the best market returns in the world by the end of the decade. However, the report’s projections have proved to be too optimistic, ‘expecting the gains from trade and openness of previous decades to continue, and underestimating the lingering drag from the 2008 Global Financial Crisis’.

While the report predicts that Asia’s future will grow because of its scale, financial buffers, manufacturing base, and stable macro indicators, the report also advises to balance optimism with realism.

DBS Bank is a multinational banking and financial services corporation headquartered in Marina Bay, Singapore. Currently, with branches numbering more than 100 throughout Singapore, DBS Bank is the largest bank in South East Asia by assets and among the larger banks in Asia.