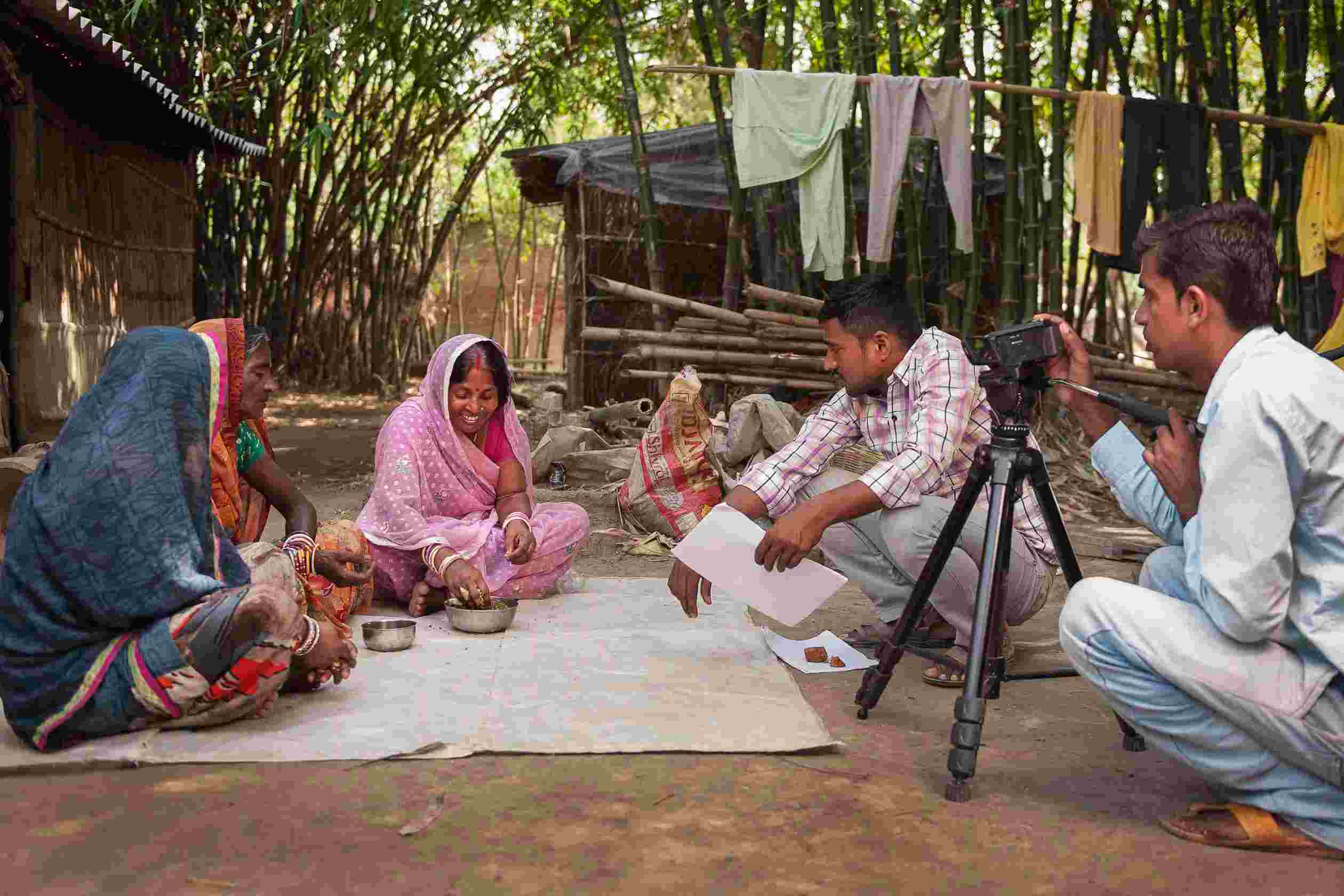 “We like to say that Digital Green is essentially American Idol for Indian farmers.”

That’s what CEO of Digital Green Rikin Gandhi told Atlas of the Future, and it’s true that his company is creating video stars in India and now across parts of Africa with its innovative new scheme that aims to improve and share farming practices.

The company is based on the belief that technology can accelerate efforts to end poverty and in India they have reached 1 million people, 90% of whom are women.

Digital Green are aware that people in the community are more likely to know what is or isn’t going to work, rather than attempting to impose ‘best practice’ initiatives developed abroad. They help more experienced farmers produce videos about a wide variety of topics, from pest-control to seed treatment, which are then diffused across the country to smaller, less established farmers for them to improve their techniques.

Village level mediators facilitate the distribution, by pinning up sheets on the walls of sheds, temples and huts, transforming them into makeshift cinemas even if there is no internet or electricity.  The films are made by farmers, for farmers, often in local languages, and the mediators initiate discussions afterward to decide if the information is applicable, and how it can be carried out if so.

The group have also developed a training curriculum that is available both on and offline, which gives access to their database of over 3,500 educational videos, increasing the number of grassroots workers who can benefit and learn from the program. There is also an app called Loop which makes it easier for farmers to aggregate perishable produce to avoid their hard-earned food going to waste when travelling to and from markets.

In the last decade the company has made huge progress, with tens of thousands of people from rural communities being reached in both India and Ethiopia. Digital Green is also working with USAID on the Feed the Future Developing Local Extension Capacity (DLED) initiative to diagnose, test and share agricultural extension systems in South Asia, Latin America and Sub-Saharan Africa.

According to a study of Digital Green’s initiative, in a 13-month trial involving 16 villages (eight control and eight experimental), and 1,470 households, Digital Green increased the adoption of some agricultural practices seven-fold. As well as this, on a cost-per-adoption basis the company was shown to be ten times more effective per dollar than a classical extension system.

The Economist states that around 850 million Indian people live in rural areas, and nearly 60% depend wholly on farming for survival. And it’s not an easy way to support a family; 2008 studies show that the urban-rural pay gap is 45%, in comparison to 10% in China and Indonesia. For a country whose farming is entirely dependent on the monsoon, which dumps the year’s water ration on the parched ground in the space of a couple of months, simple but effective solutions like irrigation could be life-changing, and The Economist reports that only half of Indian farmland is irrigated.

SPRING Nutrition, the Strengthening Partnerships, Results and Innovations in Nutrition Globally project is partnered with USAID and is dedicated to scaling up high-nutrition policies. On Digital Green’s work, they recognised that poor farmers in low and middle-income countries are often loathe to accept new or different methods of farming, as the failure of one crop could mean their family is plunged into extreme poverty. They noted that effective and widespread uptake of new practice that have been tried, tested, and presented by a fellow farmer could lead to much better outcomes for these households.

Digital Green is not the only group trying to improve the quality of life of rural farmers in India. The Prime Minister himself,  Narendra Modi, pledged in 2016 to double farmer’s incomes by 2022, although Forbes believes that India shouldn’t rely on the government, but to instead focus on the influx of new Agtech startups that are opening up. They are bringing artificial intelligence, computer vision and aerial imagery to facilitate effective farming, although this often makes the non-tech savvy farmers blanch. Suvankar Mishra, co-founder of eKutir, which provides tech solutions to smallholder farmers, explained the issue to Forbes.

“Convincing farmers to apply technology to farming practices is difficult,” he told the magazine. “They are not willing to make an investment, as there’s a lack of trust.”

In order to effectively improve the precarious situation of farming in India, startups need to find a balance between developing trust with the people on the ground, as well as creating new solutions and implementing more efficient farming techniques. Digital Green seems to have found the perfect balance between the two, and as they have already the trust of many villagers, they may have the possibility of bringing more technological solutions further down the line.