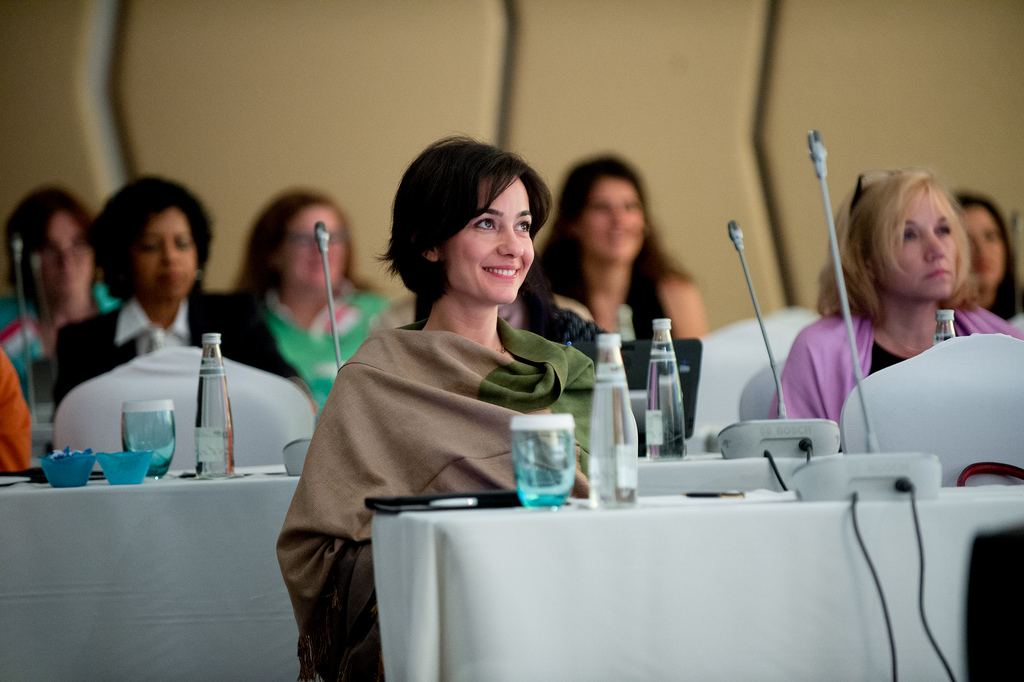 [ This article has been contributed by Tejash D. Mehta, our Community Builder from Ahmedabad]

Detailed Coverage of the Event:

It is a Saturday evening and most of the Ahmedabad’s people are either relaxing at home or have gone out for a dinner or get together. Meanwhile hall of GCCI Youth wing was houseful with people full of energy and enthusiasm waiting for some special women achievers who have excelled in their entrepreneurial journey  who were presenting at the event.

There has been much talked about Women’s representation quota in Indian parliament and corporate houses but nothing much has been done yet. But not waiting for someone else’s mercy , these women started their own journey with lots enthusiasm and excitement to change their own life and life of many others.

They faced many issues in their entrepreneurship journey like poor mentality of male oriented society , finance , hiring team , getting clients but these entrepreneurs never quit and challenged each problem with double enthusiasm and positivity which helped them conquer this battle.

Presenting the special women who made their mark in entrepreneurship

Juliet Merchant is the co-founder of www.fashionkafatka.com – leading online fashion portal promoting women fashion apparels and designs based on handwork, currently almost covering markets of USA, Canada and UK, supplying to 60 boutiques and stores abroad. In a span of 2 years, they have developed inhouse designing and production team and already employing 35+ team members.

Wricha is the co-founder of World Around You ( WAY ),  an Environment Communi-Action initiative. She holds a masters degree in Development Communication and have specialized in Environment Communication. She has carried out various research projects on various developmental issues. She is a film making enthusiast and an avid animal lover. She has been an active theatre person. Her theatre skills have always fascinated children during various training sessions conducted in schools. She is also selected as ‘Global Shaper’ by World Economic Forum.

Neeta is the co-founder of Algo Design Studio. She studied Bachelors of Engineering in Computer Science from Gujarat University. After graduation, she worked as a software professional in Gateway Technolabs, Ahmedabad. Working on rich internet applications using action-script on flex/flash as a platform, triggered her interest in look and feel of interfaces, their aesthetic appeal and user experience. Identifying this interest she joined National Institute Of Design, India for a post graduate diploma degree in New Media Design. Understanding interaction design and its aspects opened a wide array of domains where experiences could be created other than screen based interfaces. Successfully clearing the final jury, after her convocation in 2011, she joined Emotome, a start-up incubated at National Design Business Incubator in NID, as a full time design consultant with a designation of a lead Interaction Designer.

Vaishali Parekh is Director of Rajkot-based consultancy firm – Krish Consultancy – Empowering People and one of the well-known motivational trainers, pursuing her career in the area of Training and development and in last six years, she has trained more than 600 Executives of various organizations & more than 1000 students of Institutions.

Dipali is the serial entrepreneur and founder of Kudos Group, which includes four major ventures – J B Engineering & Infrastructure Services, Kudos Consulting Services, CyberMind Edumedia, and Kudos Placement & Training Services. According to her, Mechanical Construction and major activities of Cybermind Edumedia are their main focus. Cybermind Edumedia has become a reputed name today and having premium international clientele.

Hetal Shrivastav is the Co-Founder of RaasLeela. She graduated as a fashion designer from NIFT, Gandhinagar in 2009. She has more than three years of working experience handling designing, conducting training programmes and production workshops with women artisans in rural areas of Gujarat. She was associated with Alba Collective, an USA based NGO, as a designer and project manager. In RaasLeela she handles the business and production line.

Chaitali Shroff Patel is the other Co-Founder of RaasLeela. She is a graduate of Fine arts and has done a designing course from NIFT, Gandhinagar. Previous to RaasLeela she was working as a designer for SEWA (Self Employed Women’s Association), Ahmedabad. Having a vast knowledge and work experience in traditional designs, currently she handles design part of RaasLeela.

Bhumika is the founder of Bluei Crations. She is a post graduate Degree holder in Visualization from M. S. University, Vadodara, India.  She pursued her childhood passion of photography and has achieved remarkable analogue reorganization in her photography profession today. Lalitkala Academy Award winner Bhumika Bhavsar has conducted many group exhibitions along with popular and seasoned men photographers. She was the one from the country to get nominated for ‘International Photography Salon’ – the very popular and grand event by the Government of Japan, held at Tokyo. She is also one, among the group of three women from State of Gujarat, India to participate in the Woman Photography event held at Chandigarh, State of Punjab, India – where the women photographer exhibits their clicks exclusively portraying womanhood. From 2010, till date; All promising local, national, and international print media have covered her photography dynamics; Times Of India, Indian Express, Divya Bhaskar, FEMINA, Grihshobha, BBC’s Lonely Planet, and Asian Voice – London are among others. This year she has covered one of the largest human gatherings on the planet ‘Kumbh Mela’ (Banaras-Shivratr) and captured the event in her camera. Recently she had walked down till Maan Sarovar for her photography passion; and has clicked amazing collection of stills of this journey. Her current exhibition ‘Mood Of Devotion’ was very much in limelight.

Attending such an event was definitely a proud moment for me and rest of the crowd as well. There is so much to be inspired for us in and around our society!