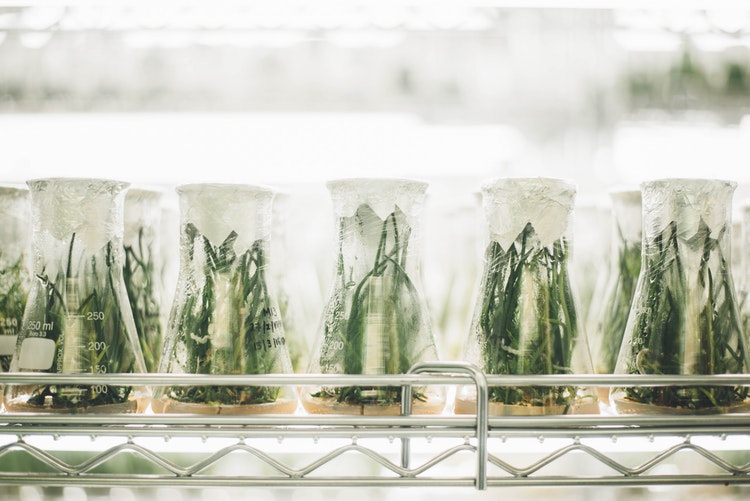 Efforts to grow biotech are paying off, India positioned as key global player

Thanks to robust growth in the industry this year, India is now ranked 12th in the world for biotechnology, and 3rd in the Asia-Pacific region.

According to IBEF reports, the Indian biotech industry has been growing at a faster pace in comparison with the previous years, witnessing 57.14% growth. This development is likely to continue as the industry is expected to increase in size from US $11 billion in 2016 to US $11.6 billion by the end of 2017.

Biotechnology- which is defined as the harnessing of cellular and biomolecular processes to develop technologies and products- is no stranger to India’s economic ecosystem. The country’s high demand for biotech products in the fields of agriculture, food science, and medicine, has resulted in a blooming industry that now comprises of around 800 companies. Although still young in the biotech scene compared to other nations, it currently holds a 2% share of the global biotech industry.

This progress can be down to a number of factors; ranging from India’s growing demand for biotech companies, to strong backing and focus from the government.

The global biotech sector has been undergoing a renaissance in product development, particularly in new cancer and medical therapies, which India has also taken on board. Earlier this year, the Health Tech India conference allowed companies to showcase their latest technology in the healthcare industry. The conference was supported by the Indian government and Ministry of Health.

In fact, support and funding from the government is one of the driving factors for India’s growth in biotech. In its 12th Five-Year Plan (2012-2017) the government has aimed to spend US $3.7 billion on biotechnology, a significantly larger investment in comparison with US $1.2 billion in the 11th Five-Year Plan, which spanned from 2007 to 2012.

Along with government support, there has been notable infrastructure development such as the opening of specialized biotech parks and technology centers promoting startups and small and medium enterprises (SMEs). The Golden Jubilee Biotech Park, a unique venture for women entrepreneurial development in the biotech sector, is one example of this. Its creation was backed by the federal government as well as the state government of Tamilnadu. More recently, the Assam state government has been working on a technology incubation center at Guwahati Biotech Park to promote new businesses in biotechnology and education in the industry. The initiative will further accelerate research and development activities with effective utilization of the rich natural resources of this region of India.

Educational programs and a general encouragement of students to get involved in biotech has further permitted industry expansion. Competitions held by the Biotech Research Society India, a registered non-profit society promoting biotechnology, are growing in popularity, helping increase the interaction between academic institutes and biotech industries. It is therefore no surprise that many young entrepreneurs and Indian startups have shifted their full attention to the biotech sector. Especially due to the amount of support and funding the government is providing. Moving away from traditional drug discovery ideas these startups are bringing out of the box innovative ideas to the table.

Fizio, a startup based in Faridabad, has created a software-based rehabilitation platform that makes physical therapy fun and convenient for patients.

Pandorum Technologies is a Bengaluru based biotech startup with a focus on tissue engineering and regenerative medicine. Pandorum’s work on manufacturing three-dimensional functional human tissues was presented at the Bioprinting & 3D Printing in the Life Sciences conference in Singapore in July 2016.

Another Bengaluru based innovation rocketing up India’s biotech startup scene is Sea6 Energy. With a vision to harness the potential of the oceans to provide solutions in energy, agriculture, and feed. Sea6 Energy is developing technologies to convert biomass into biofuel, plant growth stimulants, plant defense products, animal feed ingredients and other bio-renewable products to replace chemicals and plastics. Essentially creating a Bio-refinery out of marine biomass and leaving absolutely no waste.

The infrastructure that has evidently emerged in India over the last decade to support biotechnology has made a clear impression in the field, attracting global companies and Foreign Direct Investment (FDI). With significant attention from the government, wider resources and more startups investing in the biotech space, the biotechnology industry in India has the potential to emerge as a global key player.