EV Bharat: The Common Man of India Has Started Thinking of EVs

The fact that Indian Tesla fans are celebrating the Electrical Vehicle (EV) giant´s arrival in the Indian market shows that EVs are on the common man´s mind, even though India still has a long way to go in the EV sector.

As global warming rises, so do environment conscious groups in the world. Looking at the rise in popularity of EV scooters and cars in India, as well as the fact that Indian Tesla fans are celebrating the EV giant´s arrival in the Indian market, India has come some way from being ignorant about the significance of EVs.

In 2018, Tesla CEO Elon Musk tweeted about the difficulties of entering the EV market in India. Honda too complained about India’s lack of clear policy. Since then, progress has happened. The Union Budget for 2021 introduced vital policies for the automotive sector that can favour consumers and manufacturers.

Srinivas Chitturi, Co-founder and CEO of MTAP Technologies, told The Tech Panda that switching to EVs is inevitable for the entire world.

MTAP is a SaaS-based provider of IoT-powered digital platforms to track, manage, and automate a wide range of transportation requests. 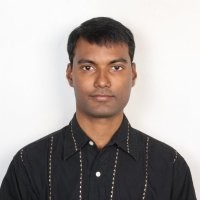 Thanks to the accessibility of the Internet, almost everyone is aware of global warming and the promising future of EVs

“With global warming on the rise at such an alarming rate, the need to switch to inexhaustible resources is paramount. Currently, the main obstacles to having them on the road is the charging infrastructure, range, and time to charge the bulky lithium batteries,” he says.

Automobile companies, including Indian ones, have been working to iron out the kinks and make EVs accessible to the masses. Given the huge population of India, it is expected that EVs will make a great deal of difference to the air quality. It helps that the common man of India has started thinking of EVs.

“Thanks to the accessibility of the Internet, almost everyone is aware of global warming and the promising future of EVs. The common man’s mind has been primed for the change since the past few years, so it’s not a foreign concept, but all the same, EVs need to be convenient and cost-efficient if they are to be adopted by the masses,” he adds.

Many startups are working to fulfill the demand for EVs in India. In the last decade, several successful startups have contributed to a fully flourishing ecosystem, including BattRE, ION Energy, Ather Energy, SmartE, and Okinawa Autotech. In fact, BattRE has just crossed the coveted 100-dealer mark.

The EV ecosystem is made up of players in various aspects such as battery tech, vehicle diagnostics, and analytics, charging, and manufacturing EVs. MTAP is one of them.

“We are working with some of the largest EV fleet operators in the world to help them leverage technology to make it more adoptable. To make EV adoptable for logistics and commercial transport, routing algorithms which consider pit stops for charging, time to charge along with pickups and drops,” Chitturi says.

Despite so much happening, India still has a long way to go before calling itself a flourishing EV sector.

Only 5,000 EV cars out of 2.4 million were sold last year, EV cars still being a product for the rich in India. Problems such as a shortage of local production of components and batteries, inadequate charging infrastructure and the high cost of EVs still discourage consumers.

Tesla´s arrival has the ecosystem in a tizzy, as faster growth is now anticipated. There is the promise of local manufacturing, which will give a much needed boost to the sector in India. Of course, Tesla´s brand image will also attract attention.

“We are hoping to collaborate with Tesla to make EVs more adoptable to the Indian market,” Chitturi. concludes.

Some more push is required in the EV sector in India, but it´s still good to know that the conversation on environment isn’t completely alien in India.