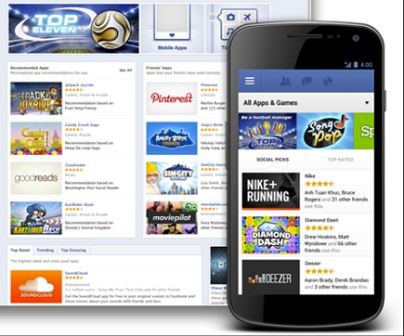 Facebook has launched its App Centre in India and six other countries, a move that will help users to find games, music services and other media content easily.

The social networking giant had launched the App Centre in the U.S. last month.

“The App Centre is now available to everyone in the U.S., Australia, Canada, India, Ireland, New Zealand, South Africa, and the U.K.,” Facebook Software Engineer Drew Hoskins said in a blog-post on Monday.

In addition, the company said that it would be launching App Centre to users in Brazil, France, Germany, Russia, Spain, Taiwan, and Turkey ‘in the coming weeks’.

The launch is part of a plan to expand its reach to a large number of Facebook users, with 80 per cent residing outside the U.S. and Canada. Facebook has over 900 million monthly active users across the world.

The users can access the new App Centre icon which recommends apps to users based on their interests.

The service is also available on Apple and Android mobile devices.

The centre does not directly host the apps, but redirects users to the appropriate app store for their device.

“App Centre makes it easier for people around the world to discover the best apps and games for them, wherever they are,” Mr. Hoskins added.

Some of its most popular apps, including Spotify and Angry Birds Friends, come from developers outside North American countries.

Facebook also added a localisation tool to the App Dashboard that would allow developers to translate the names and descriptions of their apps into other languages.