As Google Inc. battles rivals ranging from Apple Inc. to Internet companies that allege it fixes its search results, Eric Schmidt has become the search giant’s peacemaker and explainer-in-chief.

Google’s former CEO and current executive chairman met with lawmakers in Washington last week as the Federal Trade Commission appeared closer to a decision on whether to file an antitrust suit against the company. In September, Mr. Schmidt was in South Korea to launch a new Google tablet and meet with Android partner Samsung Electronics Co. That trip included a pit stop to dance with PSY, the South Korean rapper whose “Gangnam Style” is the most viewed YouTube video of all time.

As growth slows in its advertising business, Google has pushed further into hardware for its popular Android mobile operating system. Android represented 75% of smartphone shipments in the third quarter, according to IDC. Google’s acquisition of hardware giant Motorola Mobility, which it bought for $12.5 billion in May, put the Mountain View, Calif., company at odds with its erstwhile partner Apple. The iPhone maker has pursued numerous lawsuits against hardware makers who use Android, claiming they rip off its own designs.

Mr. Schmidt, 57 years old, recently sat down to discuss a potential antitrust suit, the Google-Apple rivalry, and whether he would consider a government post. Edited excerpts:

WSJ: How big a threat is an antitrust lawsuit right now?

Mr. Schmidt: I don’t know. We have been in quite continuous communications with both the Europeans and the Federal Trade Commission. It’s time for them to sort of move to one resolution or another. It’s not like they don’t have a million documents and so forth. I remain optimistic.

WSJ: Do you still see Google, Apple, Amazon Inc. and Facebook Inc. as the “Gang of Four” companies that matter the most in consumer technology?

Mr. Schmidt: I do. We had never in our industry seen four network platforms of that scale. We had seen IBM and we had seen Microsoft. But now we have four, and the resultant competition is a huge change in the industry.

WSJ: How has Google’s relationship with Apple changed in the past year?

Mr. Schmidt: It’s always been on and off. Obviously, we would have preferred them to use our maps. They threw YouTube off the home screen [of iPhones and iPads]. I’m not quite sure why they did that.

The press would like to write the sort of teenage model of competition, which is, ‘I have a gun, you have a gun, who shoots first?’

The adult way to run a business is to run it more like a country. They have disputes, yet they’ve actually been able to have huge trade with each other. They’re not sending bombs at each other.

I think both Tim [Cook, Apple’s CEO] and Larry [Page, Google’s CEO], the sort of successors to Steve [Jobs] and me if you will, have an understanding of this state model. When they and their teams meet, they have just a long list of things to talk about.

WSJ: Are Apple and Google discussing a patent-related settlement?

Mr. Schmidt: Apple and Google are well aware of the legal strategies of each other. Part of the conversations that are going on all the time is to talk about them.

It’s extremely curious that Apple has chosen to sue Google’s partners and not Google itself.

WSJ: What’s the endgame of all of this patent litigation?

There’s a young [Android co-founder] Andy Rubin trying to form a new version of Danger [the smartphone company Mr. Rubin co-founded before Android]. How is he or she going to be able to get the patent coverage necessary to offer version one of their product? That’s the real consequence of this.

WSJ: Is Google looking at owning a wireless network?

Mr. Schmidt: I’m sure we will discuss this, but at the moment we’re busy working on wireline [Internet]. This Kansas City stuff [where Google is rolling out a high-speed fiber network] is extraordinarily exciting, and we’re focusing on that.

The current spectrum shortage [currently facing the mobile industry] is real, but it’s an artifact of a licensing and regulatory error. New technology allows there to be lots of spectrum, far more than you could use.

Mr. Schmidt: Because some of the phones are down the road. But if everybody’s at [version] 4.0 or 4.1, it is in fact compatible.

Mr. Schmidt: Google Play [Google’s app store] and the monetization just started working well in the last year, maybe the last six months. The volume is indisputable, and with the volume comes the opportunity and the luxury of time.

WSJ: Do you see Apple’s Siri virtual assistant as a competitor to Google search?

Mr. Schmidt: Well, it’s competition. I mean, in the antitrust filings, we actually use Siri as an example of future “non-conforming to the Web” competition , which we do worry about.

WSJ: How does Google respond to hardware partners wondering whether you are now competing with them?

Mr. Schmidt: We are and we’re not. When we bought Motorola, I personally flew to Samsung, who’s the number-one partner of Android by volume.

I told them that the [Android] ecosystem has to be favored at all costs…the Motorola products can’t be unduly favored, unless you’re also unduly favoring Samsung. If it looks unfair, and then the ecosystem unravels, then it’s a terrible mistake.

WSJ: What do you think of Microsoft’s new operating system Windows 8 and Windows Phone 8?

Mr. Schmidt: I have not used it, but I think that Microsoft has not emerged as a trendsetter in this new model yet.

Mr. Schmidt: I said last time and I’ve said again that Google is my home. I have no interest in working for the federal government. 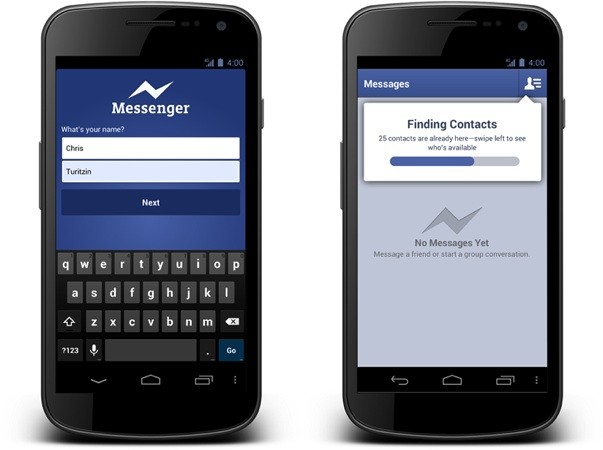 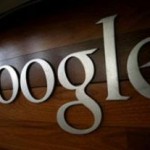