In our Startup failure series, we bring to you the story of Kamal J Singh who founded Webrila only to quit after finding out that the free websites created were dropped off by someone in his own team. Although disheartened, he bounced back and re-started again. His lessons are definitely useful for anyone who relies too much on their partners and friends to run their business. Read on! What was your startup idea? What market research did you do before plunging in?

Webrila.com is a Do-It-Yourself Platform where anybody can create website for personal and professional use without having any knowledge in  coding.

The initial idea was to educate people about the power and benefits of having a website which gradually became a platform where people can create websites.

I still remembered the initial days when I approached individuals and some known local businessmen to know whether they are having websites or not. Target was to approach at least 100 people to get the view if they want a website for their businesses or not. Out of those 100 only 8 were having websites, when asked remaining 92 people why they are not having websites almost everybody was having a same answer WHATS THE USE? From there I got to know that there is a need of AWARENESS. And the best part which surprised me was that 60% of those 100 people were having basic Internet knowledge like browsing, surfing, Googling, Facebooking etc.

The two primary reasons for less websites in India are – People are not aware of the power and benefits of having a website and there is no powerful free platform available for them.This is how the concept of Webrila came into being.

How long did the startup run, and what were the early signs of trouble?

It took me more then 2 years to create Webrila.com . I was not from a technical background. I was not having investment even to hire developers or technical experts to shape my idea into reality. I learned coding online using GOOGLE, Youtube and many more, and  used Open source scripts and modified those scripts and made a prototype for Webrila. I created Webrila 4 times before launching it for PUBLIC. With lot of trials and fixings I launched it for PUBLIC on 14th Feb 2013 from my small room.

There were lot of problems I faced during my early stages. But my focus was not on problems but was on solutions. Borrowed money from friends, took a broadband, bought strong assembled computers. Learned server related stuffs using Google.

After the First PUBLIC launch of Webrila, it ran without any major trouble or failure for complete 7 months until or unless my old friend who gradually became my partner ditched me and deleted all the sites/users at Webrila.

Were you full time or part-time working on your startup?

I am a 26 years old guy who left regular studies to fulfill my entrepreneurial dreams.I was working on the making of Webrila.com from last 3 years. I used to work 16 to 18 hours a day and sometime even 20+ hours.

When do you realize that this is the moment to quit, and what went on through your mind at that time?

My partner was destroying and eating Webrila silently. He was deleting 300+ sites/users everyday from Webrila Database. He even unsubscribed Webrila from Backup service provided by Webrila Server providing company. Without thinking much, I realized that I must quit.

It was the worst time of my life. Approached lawyer, explained the whole situations but did not have enough proof.. People started approaching me regarding their sites. Thank God Webrila Terms and conditions saved me, where it stated Webrila can delete any free site for any reason with or without informing the user.  At Webrila we have 30 days money back guarantee and I had to return the amount which we already spent on offline marketing and for some personal use also.

How bad was it, after the startup failed?

It was not bad, it was WORST. It was really a hell situation to see my baby (Webrila) dying. From 20,000+ users/sites to 500+ users/sites is the greatest fall I have ever experienced.

In introspection, what could you have done to save your startup? Would more money / connections / mentorship / expertise have helped?

From this big failure, I have learned that The founder should always keep the control in hand. It was my Webrila, but I gave the driving permission to a person whom I thought to be a good driver.

It was my duty to check Webrila core everyday effectively, but I focused only on marketing and promotions. There was no mentor to advice me , there was no expert to suggest me what I should do, whether I should rely on people, not to give your master credentials to someone else etc.

I am working on Webrila again and this time I have made a system where I can assign ROLES to team and I don’t have to share my master credentials with anybody. ROLES like moderators , content writers, app manager, theme manager, editors etc. All will be assigned with particular tasks and they will have their own username and password. I can monitor their task LIVE. I can see on my system what they are doing and what they did.

What suggestions would you like to give people venturing into entrepreneurship, based on your experience?

Never share you master credentials with anybody.  Clear all doubts before appointing someone on board.

What are you doing now? And how has this startup failure impacted you as a person?

I am again restarting Webrila and getting good response.This failure really changed the way I worked, it really broke me and it broke the limitations I had.

We wish Kamal J Singh all the best for Webrila! 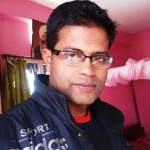