We can all agree that Microsoft’s Windows Phone hasn’t exactly taken the mobile world by storm. Nokia didn’t have much success with its Lumia 900 even with all the hype it invested in promoting the phone. Now HTC is the latest handset maker to commit to the Windows Phone 8 platform. Its new $199.99 Windows Phone 8X is expected to pack plenty of high-end parts and even sports a strikingly Lumia-style design, complete with multiple candy-coated colors.

First impressions and designWhen HTC representatives first uncovered its new products, literally removing a cloth that covered them for dramatic effect, I briefly thought I was in the wrong meeting. That’s because the HTC Windows Phone 8X could easily be a doppelganger for Nokia’s Lumia handsets, either the Lumia 900 or upcoming Lumia 920. Honestly, if I squinted my eyes I could almost make out Nokia’s logo above the device’s 4.3-inch screen instead of HTC’s.

One benefit to HTC using a design language with a strong Nokia accent to craft the 8X is that this is one handsome handset. The device’s 4.3-inch Super LCD 2 display loomed large and pleasing in my eye, and the clean, minimalist approach lends elegance to the phone’s plastic construction.

FeaturesA huge part of what makes the new HTC Windows Phone 8X so interesting, however, is its high-octane blend of components. Under the hood is a 1.5GHz dual-core Snapdragon S4 processor, the same CPU that will power the Lumia 920 and what’s found in both the HTC One X and Samsung Galaxy S3 (U.S. versions). While the phone’s allotted 1GB of RAM can’t touch Android devices such as the Samsung Galaxy S3, which has 2GB, since the 8X runs Windows Phone 8 I don’t believe this will prove to be a performance bottleneck. Windows Phone 7 software has traditionally been a light and relatively efficient operating system, and hopefully WP8 will be, too.

Other specs include an 8-megapixel camera with backside illuminated sensor (BSI), LED flash, plus HTC’s discrete imaging processor. If it’s similar to the camera electronics found on the HTC One X, the 8X’s shooter might prove a real treat. Sadly HTC refused to let me navigate away from the home screen to take a peek at the camera app myself. HTC did say the phone will take pictures quickly with hardly any shutter lag to speak of.

On back of the 8X is an 8MP camera.(Credit: Brian Bennett/CNET)

I did observe the Windows Phone 8 signature home screen, which uses enhanced Live Tiles to pull information from various apps and services running in the background. It’s a slick interface even if you can’t alter the UI by adding fancy widgets the way Android allows. That said, you can choose between large, medium, and small tiles to gain some degree of customization.

OutlookI certainly like the look of the HTC Windows Phone 8X and think it could have a promising future despite its ridiculously long name. At the phone’s high-end $199.99 price, though, there certainly is plenty of competition. That will be especially true during the holiday season, right around when the 8X will ship in November. The real key will be if Microsoft can cultivate demand among consumers for Windows Phone 8. If the software brings exciting new capabilities, even stronger ties to solutions that people want to use, and is fun to operate, then this and other WP8 devices have a shot. 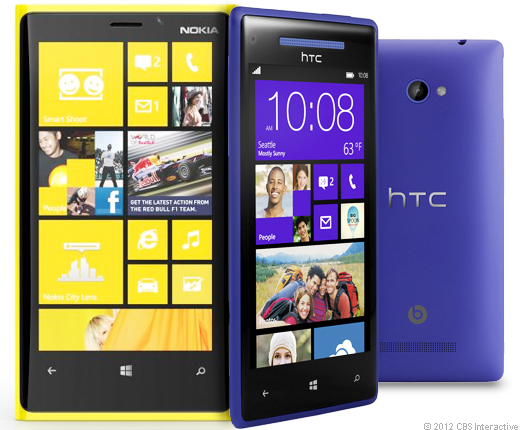 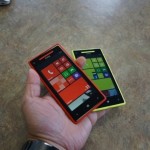