Netflix, the internet entertainment service, has come up with numbers revealing that Netflix viewers are very likely to share 6 shows in common with each other, anywhere in the world. Considering the service has 139 million paid memberships in over 190 countries enjoying TV series, documentaries and feature films across a wide variety of genres and languages, it seems quite possible that such a connection might exist between one member and another.

According to the numbers revealed by Netflix, 6.2 is the average number of shows shared by two arbitrarily matched Netflix active accounts. “Both accounts had to have watched at least 1 episode of the show in common or 70% of the film in common in the past year.”

Netflix announced the information in a blog, “We have always believed entertainment is a fundamental human need; it changes how we feel and gives us common ground. But just how much do we have in common? Turns out, when it comes to Netflix, you’re likely to share 6 shows in common with any other member, anywhere in the world. Which means you could bump into a Netflix member in Seoul, Sao Paulo, New York, or even Antarctica and have six shows you have both watched!”

Calling the connection ‘6 Degrees of Netflix,’ the post says Netflix wants the world to put it to the test by finding out whether members can find that 6-degree connection. Interested members can post their results @netflix. 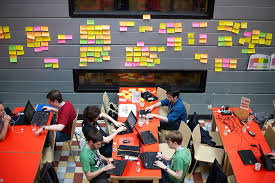 Hackathons and Coding Contests Emerge as IT Recruitment Platforms 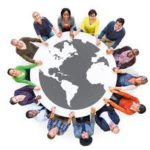