While last year’s I/O began with a boom — both figuratively and literally, thanks to the slew of huge announcements and the skydiving stunt work provided by Sergey Brin — this year’s I/O kicked off with a far more subdued sort of tone.

Here are 11 things you should know about right now:

One of Google’s most significant I/O announcements was a new expanded music service called Google Play Music All Access. Think of it as Spotify meets Pandora, all integrated into your existing Google Play Music account.

For $9.99 a month — the same you’d pay for Spotify — the service will let you stream any music on demand from any device. In addition to the basic streaming, Google Play Music All Access can create custom “radio stations” on the fly based off of any song you like (hence the Pandora element). And your own personal collection — anything you’ve uploaded to or bought from Google Play — is all available alongside that.

Google Play Music All Access is open and ready to go; you can sign up for a free 30-day trial to see what you think. If you sign up for a trial by June 30 and decide to stick with it, your monthly rate for the service will be $7.99 a month instead of the usual $9.99.

The new Google+ user interface brings the look of the Android tablet app to the desktop — and man, is it fantastic. As I mused on Twitterearlier, if the Facebook UI was a steaming pile of garbage compared to G+ before (and trust me, it was), it’s pretty much become the most foul trash imaginable now.

The new Google+ desktop UI is clean, minimalistic, and modern; it’s full of slick-looking animations and transitions, too. All in all, it looks and feels more like an app than a website — and in this day and age, that’s a very good thing.

The new G+ UI is rolling out right now; if you don’t see it yet, try signing into Google+ from your browser and then hitting refresh.

Looks aside, the updated Google+ packs some serious punch in the photo department. The G+ photos section now features a new Auto Enhance mode that promises to figure out exactly what enhancements your images need — anything from skin softening to noise reduction or white balancing — and apply them automatically to make your pictures look as good as they can. (Of course, you can also opt to make individual adjustments manually on your own, if you’d prefer.)

In addition to that, Google+ can now process a set of images and pick out the “best” pictures for you by eliminating duplicates, blurred images, and so forth. It’ll take a while to see how well that feature works, but it certainly sounds interesting.

And last but not least, the G+ photos section will now automatically perform a bunch of the alterations phones like the HTC One and Galaxy S4 are capable of performing. It’ll create animated GIFs from sets of similar photos, for instance, and combine multiple group photos into a single image where everyone is smiling.

For a while now, Google’s messaging services have been like overlapping little islands in their own individual worlds. No more: Google’s new universal messaging system, called Hangouts, brings the services formerly known as Google+ Messenger and Google Talk (as well as Gmail Chat, depending on whom you ask) into a single easy-to-use and always-synced universe.

Google+ Hangouts is now the single Google chat service you’ll use within Gmail, within Google+, or as an app on your mobile device. The service keeps all your conversations synced across multiple devices and platforms; it also archives all of your messages and even organizes chat-based images into photo albums for you.

5. Google Voice Search on the desktop.

If you have a current Android device, you know how awesome Google Voice Search is. Well, good news: You soon won’t have to be on a phone or tablet in order to harness its power.

Google’s new desktop version of Voice Search looks and works just like it does on Android: You simply say, “OK, Google” and then proceed to ask a question in natural language. The Voice Search genie (as I like to call her) will respond with information or an appropriate action based on your query.

Google Now — the fantastic card-based information center introduced withAndroid 4.1 — is gaining a few new tricks of its own. Google Now now has the ability to let you set intelligent reminders with simple voice commands; you can instruct it to remind you of things at a specific time or place, among other real-world conditions.

The new Now reminders can integrate with public transit commute times — if you want to get an alert when the last train home for the night is about to leave, for example — as well as with things like book, music, TV show, and video game release dates (because hey, who doesn’t want to be reminded when the next Miley Cyrus album is about to drop?). 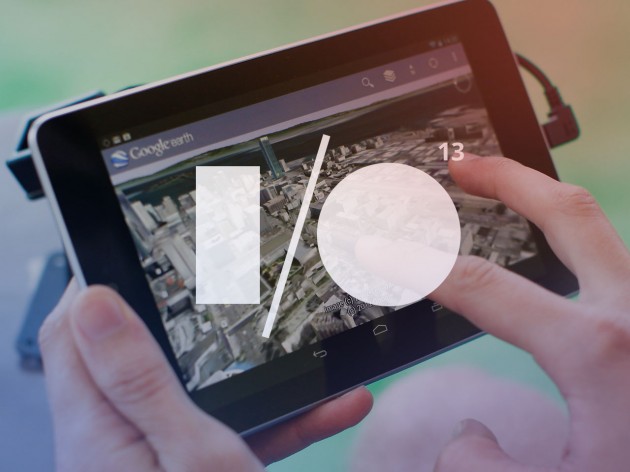