It seems Nokia is hell bent on selling its luxury phone unit, Vertu. But it’s not selling it to private equity firm Permira as originally thought.

Evidently, Permira bailed on acquisition talks before ever making a bid. And now Reuters reports that Nokia is courting a new buyer: private equity group EQT. Talks between the two companies are currently in process, with a price of about $249 million on the table. Sources say a deal could be signed as early as this week — if it doesn’t fall through first.

The complexities of carving Vertu out of Nokia are said to be troublesome and have already delayed the deal. But if the two companies manage to accomplish that, Nokia would finally be free of Vertu, and the task of modernizing the unit’s handset portfolio — which relies heavily on Nokia’s obsolete Symbian operating system — would fall to EQT. 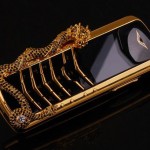