Samsung, the world’s largest mobile company, received the most number of mobile patents in 2012. We all know last year was a tough year for Samsung trying to battle against Apple every now and then. But this time Samsung seems to have added a lot of arsenal to their bag of patents.

Samsung now holds the most mobile patents among any company worldwide, according to the latest patent report out from mobile analyst Chetan Sharma, which includes an array of companies trying hard to put a legal seal on their intellectual property in the fast-moving world of wireless communications.

For his study, Sharma looked at more than 7 million mobile patents awarded in the U.S. and Europe, the two biggest markets for patents globally at the moment. He found that the U.S. has stolen a march over its old world counterpart since 1996. The U.S. accounts for nearly three-quarters (72%) of all mobile patents across the two regions. Mobile is definitely experiencing a rapid period of growth and development. Apart from that, it is actually the tremendous growth of the smartphone and tablet market that is responsible for greater innovations. With all this growth, it is obvious that holding crucial patents can be very useful if you win.

It is interesting to note that 2011 was the first year that China outstripped the U.S. in patent growth — 22% that year compared to 3.3% for the U.S. and 3.8% worldwide — although it is still far behind the U.S., Europe and Japan in terms of actual patents. “The numbers of foreign filings are now in the majority for both the applications filed as well as the patents granted,” Sharma notes.

Sharma notes that Samsung’s rise to the top has bumped Nokia from its traditional position as biggest mobile patent holder. Others that are still making the top-10 include Sony, Microsoft, RIM, LG, Qualcomm, Ericsson, Panasonic, Alcatel-Lucent, and Nokia. The full ranking for mobile patents granted in 2012 is as follows:

Evolution Of The Entrepreneur [Infographic] 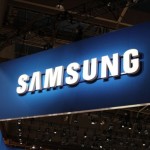