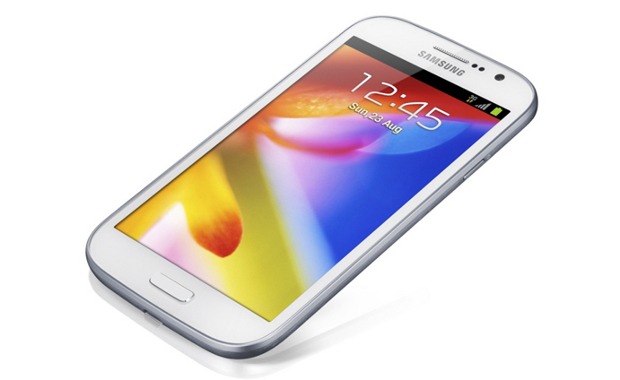 The Galaxy Grand’s features a 5-inch 800 x 480 WVGA TFT LCD display, while packing in 1GB RAM, 8GB of internal memory and a large 2,100 mAh battery. Its chassis is 9.6mm thick, which comes in slightly thicker than the 4.8-inch Galaxy S III. While it’s plenty powerful, make no mistake this is a mid-range phone.

While the Galaxy S III and the Note 2 are currently the flagships in terms of smartphone power, Samsung wants to continue providing similar devices in every size.

Samsung is silent on availability or pricing, we will update when we receive word.