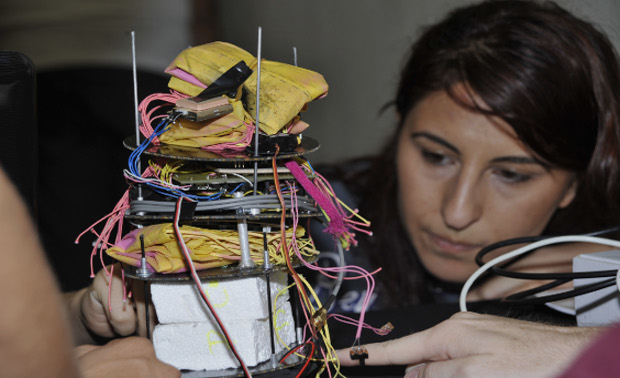 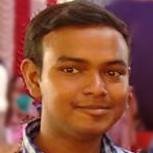 The project was born out of a desire to measure the green cover of the city and monitor the lakes in Bengaluru. Headed by Suraj Jana, an engineer-turned-social-entrepreneur the project is part of the CanSat Development Program in India.

Through a simulation model of an original satellite, old cans are fitted with satellite subsystems and are hooked-up with open source software such as Arduino and Raspberry Pi. The satellites are adapted using a battery, microprocessor, and a secondary subsystem or payload which is attached to the CanSat.

Types of payload include barometers, specialised cameras, GPS receivers, electronic compass, accelerometer and more. Depending on its purpose, the device is customised to suit the requirements.

When launched using a rocket balloon, the CanSat can reach between hundreds and thousands of meters in altitude and, when it has reached its desired elevation, it can then carry out the intended experiment, or capture data.

Once its mission is complete, it can then return to earth safely using a parachute. CanSats are launched in an open field, and it is imperative that the launches do not take place near airports or military bases – for obvious reasons.

Many of the launches are what Jana describes as tethered launches, and are mostly undertaken at the BMS Institute of Technology campus in Yelahanka, where Jana is part of its alumnus.

Previously, Jana had been part of a number of environmental projects. These include lake monitoring, green density, and temperature measuring, as well as working with governments and non profits throughout India. On top of everything else, he has founded four companies, and is part of the World Merit India advisory board.

The project is hoped to assist with research regarding the environmental issues in India. In Bengaluru in particular, green cover is decreasing due to frivolous excuses such as ‘disturbing residents’ or ‘blocking billboards’, and metro expansion.

Between 1880 and 2013, India lost around 40% of its green cover. And despite efforts to restore the greenery to India’s urban and rural areas, there is still a long way to go to fix the effects of industrialisation and urbanisation throughout the country.

There is also the problem of lake and air pollution. According to a report by the World Health Organisation, 13 of the 20 most polluted cities in the world are found in India. In fact, it has been reported that over 90% of Bengaluru’s lakes are polluted, according to the India Water Portal.

The CanSat Development Program could be beneficial in working towards halting these growing environmental issues. “The data is immensely useful in research purposes and can be effectively used by civic bodies and research institution for devising effective solutions and better policies,” Jana said. The technology has already successfully been applied to predict earthquakes and tsunamis in Chennai and Chile.