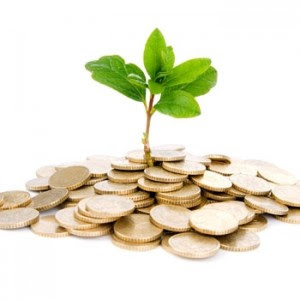 Today’s venture capital deal flow to innovative new companies looks a lot like a fat man trying to squeeze into a slim Italian suit. It just doesn’t fit. The new shape of innvovation is a lot more inclusive of new approaches and sources of startup funding.

This slimming down has sent shockwaves through the startup world. According to Dow Jones VentureSource Senior Manager of Corporate Communications Kim Gagliardi, 3,404 venture financing rounds were completed in 2011, down 47% from the 6,361 closed in 2000.

Sure, $28 billion is far from being a “trickle” but consider this. In 2005, The Wall Street Journal tried to estimate the “world’s cash hoard” and arrived at a figure of $46 trillion(PDF), based on global insurance, pension and mutual funds holdings alone. That was up 29% over 2000 in just five years.

Granted, 2005 was before the financial meltdown but why would America’s startups now receive a quarter of the investment they got in 2000, when seven years ago the total pool of money available for investing was already a third higher than it was in 2000?

One reason is that it’s so much cheaper these days to get a startup off the ground. Data from Dow Jones VentureSource appears to support that notion, with the median size of venture capital rounds decreasing over the past decade:

Luckily, innovation today isn’t occurring only among startups. It’s also happening in the funding models that help create those startups. Accelerators and crowdfunding are elbowing the fat boys of venture capital aside.

The success of the Pebble watch, which took in a whopping $10.3 million on Kickstarter is a perfect example of how venture capital is being complemented by new approaches propelled by social media.

As Bloomberg reports, the creators of Pebble raised $375,000 in angel funding but when it came to raising another round, Pebble was roundly rejected by venture capital firms that didn’t want to risk betting on a hardware startup.

Accelerators are also booming. So much so that Jeff Levy, an entrepreneur and investor at Lamberts Cove, believes that an accelerator bubble may be forming. Levy should know, in 1999 he founded eHatchery, an Atlanta-based precursor to today’s accelerators.

But Levy agrees that accelerators such as Y Combinator:, 500 Startups: and Kicklabs are helping spur innovation while making significant improvements in the incubator model, including funding many companies at once and investing small amounts – $20,000 or so – in their ideas.

So does less venture capital mean less innovation? Depends on who, and how, you ask. A 2007 study of Dutch companies by the National Bureau of Economic Research found that venture capitalists had a positive influence on their portfolio companies’ innovation strategy because they pushed their “capacity to assimilate and exploit new knowledge.” (PDF).

But a 2008 study by professors Masako Ueda and Masayuki Hirukawa, entitled Venture Capital and Innovation: Which Is First?, concludes that venture capital does not directly stimulate innovation.

So can these new funding models help spur innovation? Absolutely, judging by the 68,929 people who decided to back Pebble. You can bet that the big watch companies are now cooking up a similar customizable watch recipes.

And how about British entrepreneur Piers Ridyard, whose innovative Nifty MiniDrive has already received $384,319 in funding, rendering him speechless

Y Combinator, meanwhile, has funded such innovative startups as Dropbox and Airbnb:, the latter just recording its busiest night with 60,000 concurrent guests.

All of these innovative products and services would never have seen the light of day if they had to rely on traditional venture capital funding.

Accelerators and crowdfunding have improved the odds by spreading the risk of investing over many startups and investors, respectively. Could this hors d’oeuvre approach to venture capital help keep innovators properly fed? I’m betting dinner on it.

Michael Tchong is the founder of Social Revolution, a San Francisco-based change agency, which seeks to transform the future through innovation and reinvention. Michael also founded four other startups, including MacWEEK and ICONOCAST, and authored Social Engagement Marketing, an easy-to-navigate guide to the world of social media.