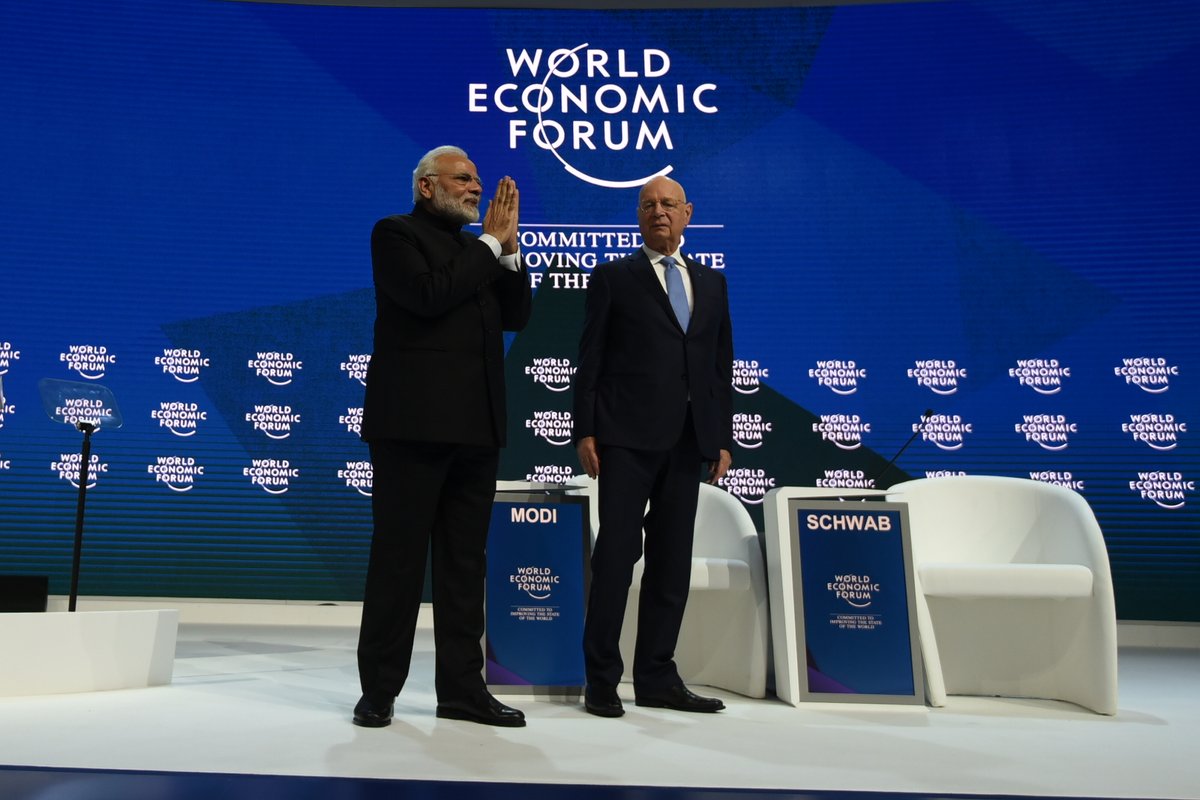 Modi speaks against global threats at pivotal WEF at Davos

The World Economic Forum (WEF) begins Tuesday in Davos, Switzerland, where business and political leaders from around the world are meeting to discuss top-of-the-agenda global issues.

The WEF’s goal, according to their website, is “Creating a Shared Future in a Fractured World” and with times as tumultuous as they are now the organisation is under no illusions as to the task ahead. The “About” page goes on, “The global context has changed dramatically: geostrategic fissures have re-emerged on multiple fronts with wide-ranging political, economic and social consequences. Realpolitik is no longer just a relic of the Cold War. Economic prosperity and social cohesion are not one and the same. The global commons cannot protect or heal itself.”

This year’s meeting is already set to be a significant one, with President Trump visiting as the first US President to attend since Clinton; Uber CEO, Dara Khosrowshahi, attending off the back of a very difficult year for the ride hailing company; and Indian Prime Minister Narendra Modi being one of the first attendees to address the conference.

UK-based charity Oxfam has levelled criticism at the event, Al Jazeera reported, pointing to research which suggested that half of the world’s population received no share of the wealth created during 2017. Meanwhile, billionaires increased their wealth by $762bn last year, seven times as much as would be required to put an end to extreme poverty globally. “This is clearly because business as usual is good business for those at the top,” Max Lawson, Oxfam International’s head of inequality policy, told Al Jazeera, criticising the WEF’s ability to do much more than talk.

Amid the criticism India was identified as the world’s fastest growing economy, the WEF projecting 7.4% growth compared to the global projection of 3.9%. Last year India’s growth was 6.7%, just under China’s 6.8%, but China is expected to slow to 6.4% over the next two years as India speeds back up off the back of the demonetisation of GST introduction in 2017.

Amid the critique and hype Modi took to the stage – the first Indian prime minister in two decades to join the world’s top business leaders in Davos – to deliver a speech outlining three global threats: climate change, terrorism and protectionism. “With new forces arising, the balance between economic capabilities and political power is changing at great speed. Because of this, we can foresee far-reaching changes in the nature of this world with respect to peace, stability and security,” Modi Said.

Trump and Modi have previously been seen as occupying either side of the same coin when it comes to globalisation and protectionist policies, with Trump championing “America First” while Modi’s domestic manufacturing program occupied a core part of his election campaign. However, Modi pivoted on this point during his WEF speech, perhaps in an attempt to placate some of his more internationally-minded counterparts, pointing to an anti-globalisation trend and stating, “The solution to this worrisome situation against globalization is not isolation. The solution is in understanding and accepting change.”

Modi’s speech came after a panel of tech bosses had taken to the stage in an event called “In Technology we Trust” where Khosrowshahi; Salesforce CEO, Marc Banioff; Alphabet CFO, Ruth Porat; and others highlighted trust as the most important factor in doing business as we enter 2018.