Research in Motion held its own for some time against the smartphone biggies, but with the steady rise of Apple and Android, the compnay now appears to have become a mere shadow of its former self and according to a report by CNET, who have gathered information from a British newspaper, The Sunday Times, the brand is doing all that it can to keep itself afloat and in the process may be splitting the company into two.

The report by CNET states, “Research In Motion is considering a plan to split its company in two, separating its handset division from its messaging network and selling off the struggling BlackBerry hardware business, according to The Sunday Times.” 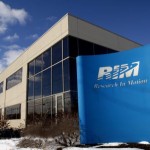